India identified the nature of the coronavirus crisis and treated it differently from other economic crises of the past, he noted while addressing a virtual conference organised by industry body CII 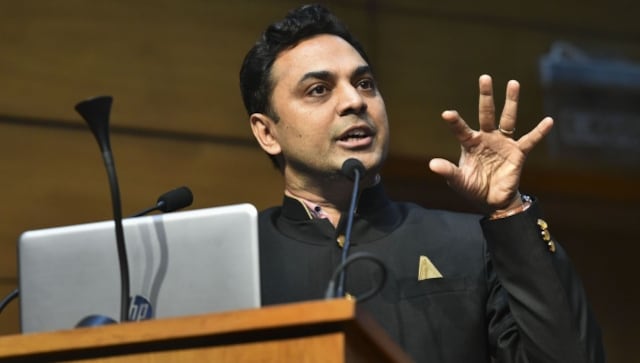 New Delhi: Chief Economic Adviser KV Subramanian on Monday said India is likely to post a current account surplus in the current financial year as there is moderation in import due to under heating of the economy triggered by the COVID-19

This crisis is different from what the world witnessed during the taper tantrum, he said while addressing a virtual conference organised by industry body CII.

The Taper tantrum phenomenon refers to the 2013 collective reactionary response that triggered a spike in US treasury yields after investors learned that the US Fed was slowly putting brakes on its quantitative easing (QE) program. This led to a surge in inflation to high double digits emerging economies.

In contrast, he said, the COVID crisis is different and India identified the nature of this crisis and treated it differently from other economic crises of the past.

Noting that the COVID-19

crisis is a crisis to demand and primarily a negative shock to demand, Subramanian said, India’s response was suitably crafted to deal with that.

He further noted that there was an impact on growth in the short run because of lockdowns etc and added that because of the efforts of the government, growth is not likely to get affected in the medium to long term due to COVID-19

Talking about various reforms, Subramanian said Insolvency and Bankruptcy Code was towards greater formalisation of the economy. It was followed by long-pending agriculture and labour reforms, he added.

“If you take the agriculture reforms, the MSME definitional changes, the performance-linked incentive (PLI) scheme, the labour reforms, all these together are an attempt to actually change the macro configuration of the economy towards those sectors that are more employment-intensive, especially the primary and secondary sectors,” he said.

This is important for sustained growth to happen and that can only happen through robust job creation in the economy, not through jobless growth, he added.

Observing that the idea of Aatmanirbhar Bharat is not anathema to competition, he said self-reliance can never happen without adequate capabilities.

Capabilities are never built in a vacuum but they are built only by competing with the best, he added.