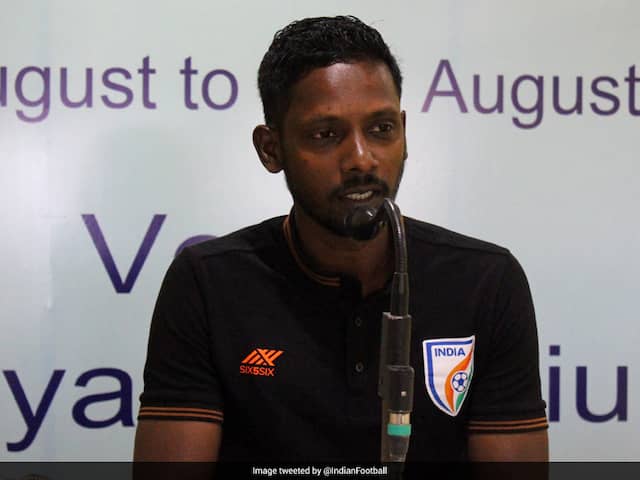 Bibiano Fernandes said the gap between top Asian sides and India is not too much.© Twitter


Indian football Under-16 team’s head coach Bibiano Fernandes feels that in the next few years India will be among the top five teams in Asia. “If we look at the matches we played the gap is not very big. Last time we lost by just one goal in the quarterfinal. We played against Turkmenistan and Bahrain this time and the gap is not too much,” said Fernades during an Instagram Live chat with the Indian football team’s official page.

“Just a little bit of work on the ground and we will be there. It is just a matter of time before we will be among the top 5 teams in Asia,” he added.

India were clubbed with the Korea Republic, Australia and Uzbekistan in Group C at the official draw for the AFC U-16 Championship Bahrain 2020 held at the AFC House in Kuala Lumpur on June 18.

The former Sporting Clube de Goa player suggested that even the side cannot play preparatory games against international oppositions due to the ongoing coronavirus crisis, the team will try to play quality opponents in Goa.

“We are aware of that and we are working on that. It is not in anybody’s hand. Hope the pandemic gets over as soon as possible. The plan is to play matches locally but higher level opponents,” said Fernades

“We will try to play international matches but if it does not happen, we will play matches in Goa. We can play against the lower ranked proAsi league teams,” he added.

The AFC U-16 Championship is slated to be played between November 25 and December 12 later this year in Bahrain.

Great Scott! The MeUndies x Back to the Future Collab Just Dropped!