The Competition Commission of India (CCI) demanded answers after concluding an elaborate investigation on inflated drug pricing, triggered by a complaint from a consumer aggrieved at the cost of a syringe 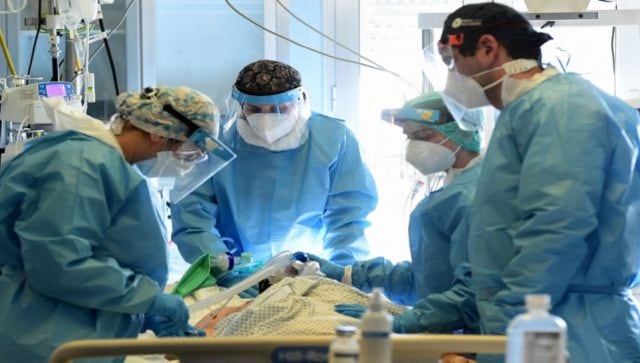 India’s fair trade regulator has asked three of the country’s biggest hospital chains to explain how they set rates of medicines and medical devices or potentially face penalties.

The Competition Commission of India (CCI) demanded the answers after concluding an elaborate investigation on inflated drug pricing, triggered by a complaint from a consumer aggrieved at the cost of a syringe.

Max Healthcare, Fortis Healthcare and Apollo Hospitals, which run hospitals in the National Capital Region, received notices from CCI asking them to furnish details on the pharmacies, vendors and companies from which they procure their bestselling drugs and medical devices, said people familiar with the matter.

The CCI issued the notices late last year after receiving information from these hospitals on their top drugs and medical devices by value and volume, the people said, asking not to be identified.

A spokeswoman of Max Healthcare said an investigation is presently under way and the hospital is extending its full cooperation to CCI authorities. The regulator, Fortis and Apollo had no comment.

The CCI investigation is the first such action against the high out-of-pocket prices of medicines set by hospitals, which operate unencumbered by regulation. The CCI scrutiny could potentially rein in the prices of medicines and healthcare equipment. or at the very least, bring in transparency in the way hospitals sell these items, according to competition lawyers.

Vinay Shukla, leader of the antitrust, private equity and M&A practice at Nishith Desai Associates, a law firm, said it will be interesting to see how this case unfolds because there are no proper regulations for pricing of services by hospitals.

“The pandemic has brought pricing arbitrariness to the forefront and therefore the CCI investigation seems opportune,” Shukla said.

The CCI investigation of hospitals was provoked by a complaint in 2015 by a man named Vivek Sharma, who accused Max Healthcare of abusing its dominance and colluding with multinational syringe maker Becton Dickinson India to cheat patients into paying higher prices.

Sharma, described as a social worker by CCI, purchased a disposable syringe for Rs 19.50 from Max Super Speciality Hospital at Patparganj in New Delhi. That was almost double of what he paid for the same product he purchased from a medical store in Ashok Vihar in Delhi for which he was charged only Rs 10 against a maximum retail price of Rs 11.50.

The CCI investigated and found Max was indeed forcing its in-patients to purchase medicines and medical products from its in-house pharmacy and it earned profit margins up to 527 percent. However, the regulator DG did not find evidence of collusion between Max and Becton.

Soon after, the CCI widened the scope of the investigation to other private hospitals in Delhi to examine if there was unfair and excessive pricing of medical items. Simultaneously, it launched a deeper examination of the pharmaceutical sector in India, closely inspecting the pricing of medicines by healthcare companies. These exercises culminated in two studies published in 2018 and 2021.

In the 2021 study, the CCI blamed hospital pharmacies and doctor-run pharmacies for excessively priced drugs. It found that drug manufacturers extended discriminatory pricing and margins through chemists 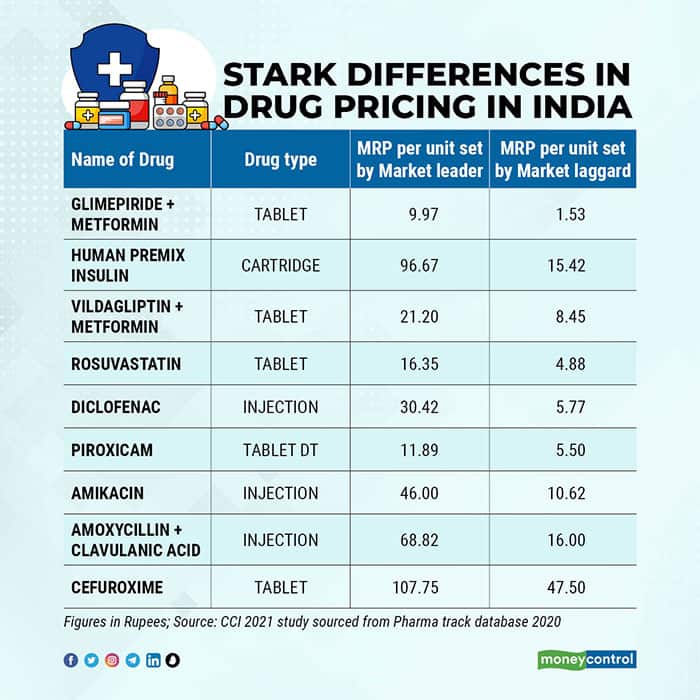 The only significant action by the CCI in healthcare until the syringe pricing case was a penalty of Rs 3.8 crore imposed on Dr LH Hiranandani Hospital in Mumbai for entering into an exclusive agreement with stem cell banking company Cryobanks International India.

The CCI’s latest step is consistent with its objective of making healthcare affordable, according to competition lawyers. The CCI is now examining unit prices of medical items fixed by hospitals, according to one of the people.

Shukla of Nitish Desai Associates said the Competition Act prohibits only the abuse of a dominant position and not holding a dominant position. “Therefore, it will be interesting to see how abuse will be established in this case,” he said.

The prices of some essential medicines in India are fixed by the National Pharmaceutical Pricing Authority. Medicines used to treat common ailments such as fever, infections and heart diseases are procured for health programmes and mostly provided free in government hospitals.

In the case of non-essential medicines, a pharmaceutical company is free to set the maximum retail price but cannot increase the MRP of drug formulations by more than 10 percent.

Rajeev Singhal, general secretary of the All India Organisation of Chemists and Druggists, said the CCI called a meeting of all stakeholders in the pharmaceutical industry about a month and a half ago. “At the meeting, retailers pointed out that pharma companies offer medicines to hospitals at higher trade margins compared to the pharmacists outside,” he said.