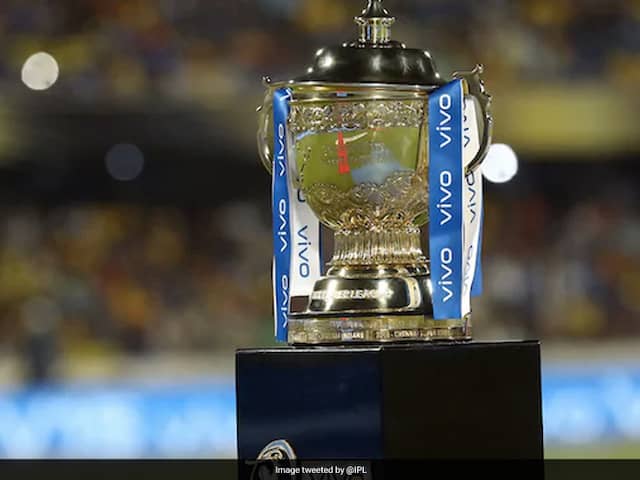 
The Indian Premier League Governing Council will meet on August 2 to finalise the schedule and other key arrangements for the tournament, which is now to be held in the UAE. “We are having the governing council meeting on 2nd of August and major issues related to the league will be discussed in this meeting,” a BCCI source told ANI. This year’s IPL was slated to commence from March 29 but the tournament was postponed due to the coronavirus pandemic. Recently, the IPL Governing Council chairman Brijesh Patel confirmed that the 13th edition of the mega event will commence on September 19 in the UAE.

On Monday, the Emirates Cricket Board (ECB) confirmed that the it had received the official ‘Letter of Intent’ from the Board of Control for Cricket in India (BCCI) to host the 2020 edition of the IPL.

“Everything will be discussed with all stakeholders as of now can’t comment more but can say that this meeting will give more clarity on the tournament. There are few issues raised by franchises which we will discuss with them and look for a way forward,” the source added.

The governing council meeting is expected to discuss the quarantine measures along with the standard operating procedures (SOP), bio-bubble training facilities, stay and travel of the players.

Issues related with the broadcaster, shifting, and scheduling of the tournament, and DXB app to be downloaded for players and other officials are likely to be discussed as well.

Tiffany Haddish Reveals the Reason She Turned Down Top Five

Kelly Clarkson Says She’s Been on an “Emotional Roller Coaster”