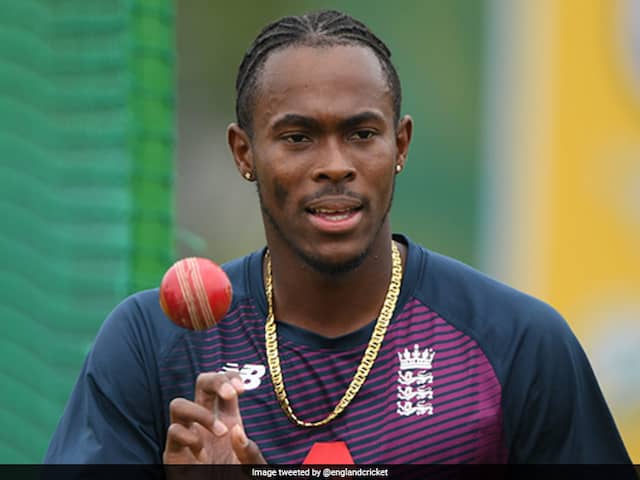 
Jofra Archer has rejoined the rest of the England squad at Old Trafford after a second test for coronavirus produced a negative result, the England and Wales Cricket Board said on Tuesday. Archer was omitted from the team that won the second Test against the West Indies by 113 runs at the Manchester venue on Monday to level the three-match series at 1-1. The fast bowler was left out after the ECB revealed on the first morning of the game that he had breached bio-secure regulations governing international cricket’s first series since the coronavirus lockdown. He had made an unauthorised trip home after the West Indies’ four-wicket win in the first Test in Southampton.

It emerged that during his trip he had come into contact with an unnamed individual.

Archer had to self-isolate for five days in his room at the England squad’s on-site hotel at Old Trafford.

But following a disciplinary hearing last week, the ECB said Archer would be available for selection for the third Test provided both his virus checks produced negative results.

That being the case, the Barbados-born quick could come back into the England side when the series finale starts at Old Trafford on Friday.

England will be able to select from a set of six pacemen, with Stuart Broad, Chris Woakes and Sam Curran having all played their part in the second Test win at Lancashire’s headquarters.

James Anderson, Mark Wood and Archer did not feature after appearing in the series opener.

The selectors face a tricky decision but England captain Joe Root, looking to regain the Wisden Trophy after a 2-1 series loss in the Caribbean last year, said Archer’s error of judgment would not be held against the 25-year-old Sussex paceman.

“It was disappointing from our side of things but as far as I’m concerned he (Archer) has been through a disciplinary meeting, he’s very aware of the consequences of his actions and very remorseful,” Root said.

“As a side and mates we’ve been there for him. He’s aware he made a massive error but once the disciplinary has gone through it’s time for us to look at him being available.”

Petrol and diesel prices are at record high; here’s what you need to pay in your city today on 26 October 2021