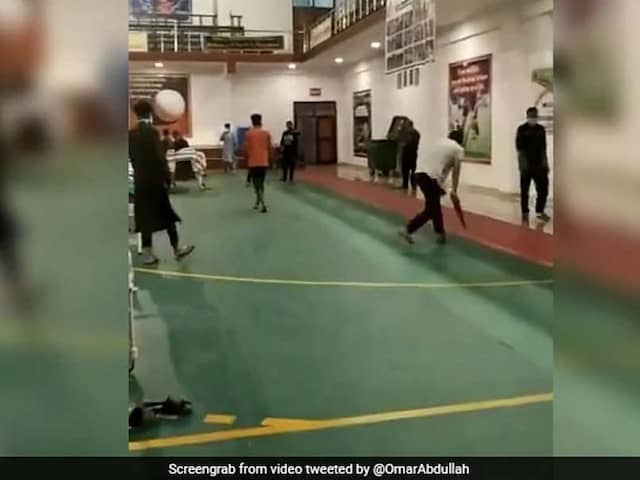 The video has gone viral on the Internet.© Twitter


Former South African cricketer Jonty Rhodes revealed why he loves India “so much”, sharing a viral video on Twitter in which a group of people can be seen playing cricket in a quarantine centre. The video has gone viral on the Internet as former Jammu and Kashmir Chief Minister Omar Abdullah had also tweeted the same clip earlier. “People ask me often; ‘what is it about India that I love so much’ Need I say any more?” Jonty Rhodes captioned the video on Twitter.

People ask me often; “what is it about India that I love so much” Need I say any more? https://t.co/QSsQfJOqIl pic.twitter.com/QdzIviTxMT

On Wednesday, Omar Abdullah shared the video and wrote “Have space, will play. Quarantine time pass”. However, he did not reveal when and where the video was filmed.

India is fighting the coronavirus pandemic like the rest of the world and competitive cricket has been on a halt since March. Team India’s home series against South Africa was called off mid-way due to the coronavirus scare, while the 13th edition of the Indian Premier League (IPL) has been postponed indefinitely.

There is a possibility of IPL 2020 being held in October-November, only if the International Cricket Council (ICC) postponed the T20 World Cup in Australia. However, a decision on the fate of this T20 World Cup was on Wednesday deferred until next month.

On Thursday, BCCI president Sourav Ganguly stated in his letter to all affiliated board members that the Board of Control for Cricket in India (BCCI) is ready to host the IPL 2020 behind closed doors and is working on all possible options to stage the tournament this year.

“The BCCI is working on all possible options to ensure that we are able to stage the IPL this year, even if it means playing the tournament in empty stadiums,” Ganguly stated.

The Bachelor Franchise Promised to Diversify, So What Happened?

The Bachelor Franchise Promised to Diversify, So What Happened?