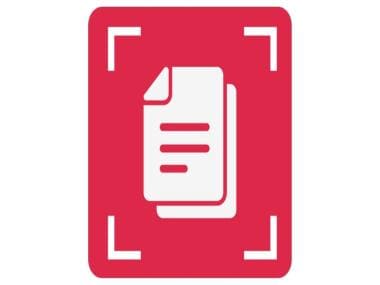 A homegrown mobile application co-founded by a group of three raises funding after rapid growth in the last four months.

Kaagaz scanner, an Indian mobile application for document scanning and storage purposes has raised $575,000 in a funding round led by Pravega Ventures, alongside Axilor Ventures, Better capital and a few angel investors including Phanindra Sama (Founder of Redbus), Farooq Adam (Founder of Fynd) and others. Kaagaz was founded in June 2020 by Snehanshu Gandhi, Gaurav Shrishrimal and Tamanjit Singh Bindra.

Kaagaz has, since its launch, been installed in over 1.9 million mobile phones with over 90,000 people using the application daily. The application supports 8 Indian languages and rapidly rose after the ban on Chinese applications. With its focus on privacy, the application requires no sign-ins, can be used offline and also offers unique features such as custom watermarking. The application has also been acknowledged by the Government of India as part of the AatmaNirbhar App Challenge, where it was given a special mention in the office apps category.

Earlier, First Cheque and Axilor Ventures also backed the startup in its pre-seed round of funding.

Thank You @PravegaVC for leading our Seed Round. @AxilorVentures & Better Capital also participated in this round along with a few Angels.

A big thanks to all our supporters and users, keep supporting us! pic.twitter.com/eqPe6AI21Y

Excited to announce our investment in @KaagazS

Speaking on the investment to Yourstory, Lead investor Pravega Ventures said, “Today, a smartphone is at the epicentre of most of our personal and business exchanges, and we at Pravega, are very excited to partner with the Kaagaz team as they build out powerful AI-based utility products for the ‘Bharat’ users. The Kaagaz team aims to leverage its proprietary mobile-based document scanner and create a repository of documents in its quest to become a key node in the exchange and storage of information for their users.”

Michelle Obama on Rooting Out Racism: “We’ve All Got to Do the Honest, Uncomfortable Work”

Regis Philbin’s Cause of Death Revealed