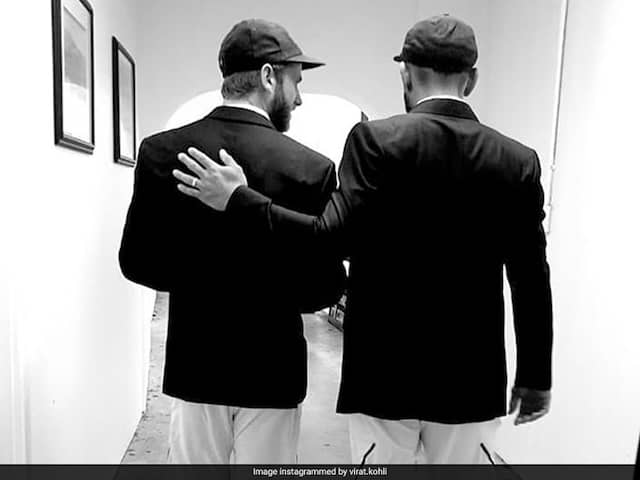 Virat Kohli and Kane Williamson have been facing each other since their Under-19 days.© Instagram


Virat Kohli and Kane Williamson are among the best batsmen in international cricket and despite their on-field rivalry, they seem to share a great bond off it. New Zealand captain Kane Williamson keeps his Indian counterpart in high regard and counts himself “fortunate” to have known Virat Kohli from an early age. Both the cricketers have been facing each other since their Under-19 days. “Yes, we are fortunate to play against each other. It has been great to meet at a young age and follow his progress as well as his journey,” Kane Williamson said on Star Sports show Cricket Connected.

When TV presenter Jatin Sapru asked, “When would you say your friendship really blossomed?”, Williamson replied: “It’s been interesting, we’ve had to play against each other for a long period of time.”

“But actually, probably over the last few years we just shared our views on the game, some honest thoughts and found some common grounds and despite perhaps playing the game little bit differently in terms of physically and may be our on-field characters I suppose,” he added.

The Kiwi skipper talks on this bromance and a lot more with @jatinsapru – tonight at 7 PM and 9 PM on Star Sports & Disney+Hotstar! #CricketConnected pic.twitter.com/SC37X9wXh9

In January, Kohli had recalled how Williamson “always stood out” during the 2008 Under-19 World Cup.

Kohli, who had led India to the U-19 World Cup title, said that Williamson was someone whose batting ability was very different from his contemporaries.

“I remember playing against Kane (Williamson). He was someone who always stood out in the team, his batting ability was very different from the other players who were around,” Virat Kohli was quoted as saying in a media release by the ICC.

India and New Zealand had faced off in the semi-final of the 2008 tournament, which turned out to be a close-fought affair.

In a match shortened by rain, India grabbed victory with three wickets and nine balls to spare.