For more than 30 years Andrea Barber has been known to millions of viewers around the world as Kimmy Gibbler, first on Full House for eight seasons, then on Fuller House with the fifth and final season dropping June 2 on Netflix.

Barber and Kimmy Gibbler are synonymous with each other, probably more so than any other Full House character thanks to Barber’s acting break between the original show and sequel series. “I have no problem with that,” Barber said.

“I know a lot of people who play outlandish characters like this do struggle with typecasting or just being seen as that. I never struggled. I left the business at 18 just because my heart wasn’t in acting anymore, it had nothing to do with Kimmy Gibbler. I wanted to go to college and learn new things and just do other things besides acting,” Barber said.

“And the only reason I came back to Hollywood was to play Kimmy Gibbler. It’s not like I was trying to work my way back into the business. I got a call from Jeff Franklin and he said, ‘What’d you do this?’ and I’m like, ‘Sure! I loved it 30 years ago. I’m sure I’ll love it just as much now,'” Barber said in an interview conducted before the nationwide protests calling for an end to police brutality. “I probably wouldn’t be acting if it wasn’t for Fuller House. And I love Kimmy, there’s no hard feelings.”

Barber quit acting following the end of the original show in 1995. She was in college and ready for a change, a more adult life. Yes, she was ready to move on at the time, but not because of any Gibbler bitterness.

“I’ve had to do a lot of weird stuff as the character, a lot of crazy stunts and crazy outfits, but I don’t have any resentment at all. I have nothing but love for this character. Especially with kind of the lessons she’s teaching people now. And I’ve got fans that DM me every day and say, ‘Kimmy taught me that it’s okay to be different, and ‘It’s okay to be weird,’ and I’ve always felt like an outsider.’ I love it Kimmy Gibbler has just taught us that it’s OK, it’s OK to be different. So, I really appreciate the character in a way that I never did as a teenager. I think she’s great.”

Twenty-five years after the original show’s end, when Kimmy Gibbler came calling again, Barber put on the scrunchie and brightly colored clothing and became the character for Fuller House. The sequel series centered around her character, Candace Cameron Bure as DJ and Jodie Sweetin as Stephanie premiered in 2016. Barber said she was able to slide right into the role when the Netflix series premiered.

“I played this character for eight years as a teenager, so she was just hiding in there subconsciously. I think it’s kind of like when learn a language as a kid and then you become fluent for life, like that’s kind of like what happened to me. I just became fluent in Gibbler and she just came out,” she said.

According to Barber, series creator Jeff Franklin delicately asked if she needed help from an acting coach since she hadn’t really acted since the original show ended. She said she didn’t know, why not just wait and see. “And it just—it came right back to me. Nobody was more surprised than me—and probably Jeff Franklin—that it just came back like I had never left. But it was weird. They say it’s like riding a bike and it really is like riding a bike. It just comes right back to you. She’s just such an enjoyable character too. So, you know, I loved it. I loved bringing her back to life,” Barber said.

Is this the last time Barber will play Kimmy Gibbler? And if so, has done everything she’s wanted to do as the character? Read on. 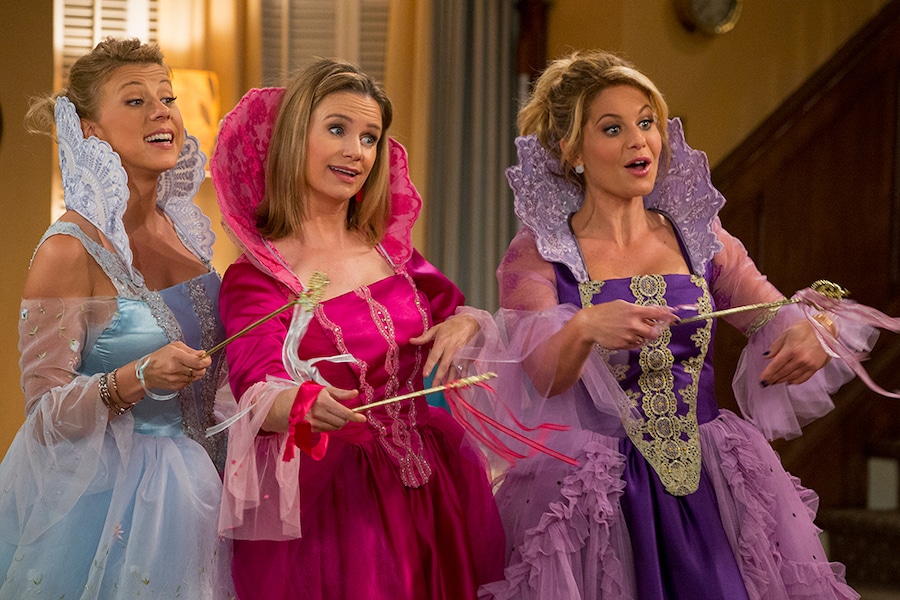 “There’s not much Kimmy didn’t get to do, thinking back. Somebody else asked me that question too: Is there anything left that you wanted Kimmy to do that she never did? I don’t think so, but I would love to see Kimmy as a grandmother. I mean, I know we keep making jokes about a Fullest House and The Golden Girls iteration of the show, but I really do, I really want to see Kimmy Gibbler as a grandmother and what that would be like. It’s so cool seeing Kimmy as a mother and what kind of mother is she going to be? Because she was so weird as a teenager, so it was kind of crazy to think of Kimmy Gibbler having her own teenager who was so unlike Kimmy. Ramona was just level-headed almost like the adult in the mother-daughter relationship. I would love to see what she would be like with a grandchild—someday. Not yet. I’m too young for that right now. But maybe in the future.” 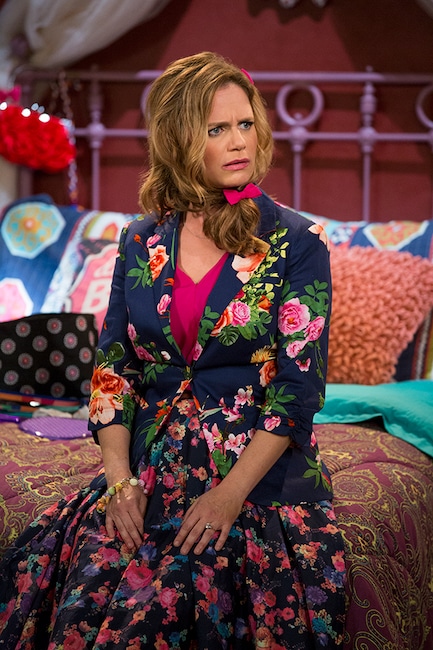 IS THIS THE FINAL GOODBYE TO KIMMY GIBBLER?

“No. I mean, I don’t want to say goodbye to this character. I love this character. She’s so fun to play and she’s so beloved by people. She’s grown out of her annoying pest phase, mostly she was just kind of weird and annoying as a teenager and now she’s quirky, but she’s so lovable. And it doesn’t feel finished. I want to keep putting on these crazy scarves and outfits. I want to keep playing this character. So, yeah, I haven’t—I mean I’ve said goodbye because I had to, but I would be more than willing to step back into Kimmy’s shoes to do a third iteration of this show if anybody wants to make it. [Laughs.] I think all three of us, Candace, Jodie and I, would be more than happy to step back into our characters’ shoes and do this all over again because we love it that much.” 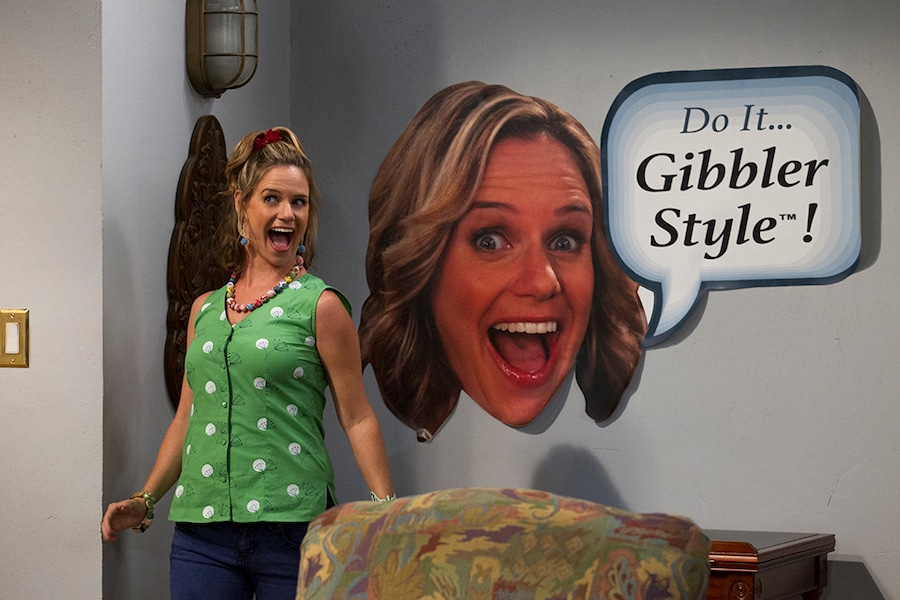 “Well, I’m the cast member who’s the least like her character. Anybody will tell you that. There’s a little bit of DJ in Candace and a little bit of Stephanie and Jodie. There’s very little Kimmy Gibbler in me. [Laughs.] I’m not outlandish, I don’t wear crazy clothes. I’m very introverted and shy. I don’t really actually speak up a lot in general. So, my relationship with her is that she lets this inner wild child come out, and it’s so cathartic to just play a character that’s so unlike myself, who’s just loud and unapologetic and does these crazy things on the set. It’s great! It allows me to be somebody else for a minute, who I’m too shy to be in real life. So, I feel like I have a great relationship with her. She allows me to get out feelings and emotions that I typically keep hidden inside of me, if that kind of makes sense. It’s very freeing. It’s very freeing to play a character like Kimmy Gibbler. [Laughs.]” 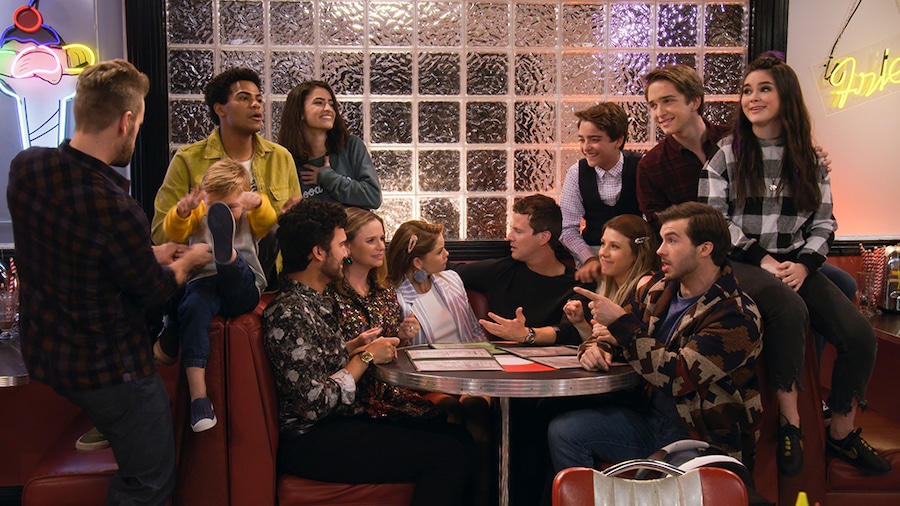 “I hope, especially now in these times where we’re quarantined with our own families, Full House and Fuller House has always been a multigenerational show that is meant for co-family viewing, a series that parents can watch with their kids and everybody enjoys it. And I think that will be our legacy is that this is something that you can sit down with your kids and watch it and enjoy it, and laugh and cry together…I think that’s always been the legacy of Full House and I hope that Fuller House can continue living on as the show that parents want their kids to grow up on, and then those kids will grow up and have kids and they’ll raise their kids on Fuller House too. I think it’s a wonderful thing. Let’s just keep birthing fans every generation. That’s worked out great for us so far. Let’s keep it going.” 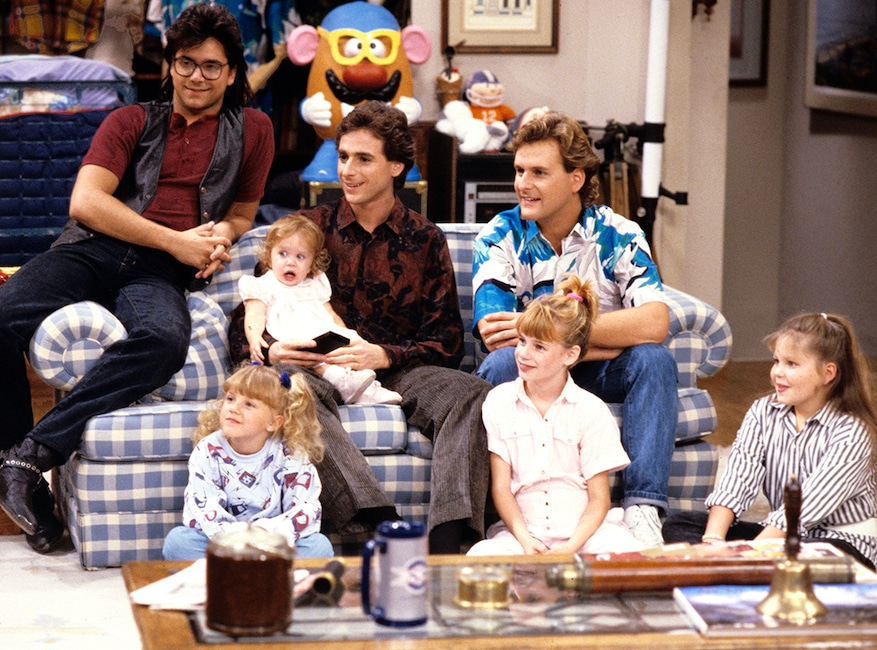 WHAT DID SHE TAKE FROM SET?

“Well, nothing as big as the couch! We all learned about that on Instagram when John Stamos posted that he took home the couch and we were like, ‘What?!’ I didn’t know that was an option! I just kept mostly Kimmy’s wardrobe. I kept some of her iconic pieces of clothing, like her bacon and eggs scarf, and some of her iconic jewelry that was the most meaningful to me. So I kept her wardrobe and then just little things, like my coffee mug with a K on it—each character has their own coffee mugs. So, we all kept our coffee mugs and then I kept a picture of me, Candace and Jodie as little girls that was framed on the living room fireplace mantle. I kind of swiped that right as I was walking out of the set for the very last time, late, late, late night of the last taping. I have that on my bedside table, and I look at it every night before I go to bed. 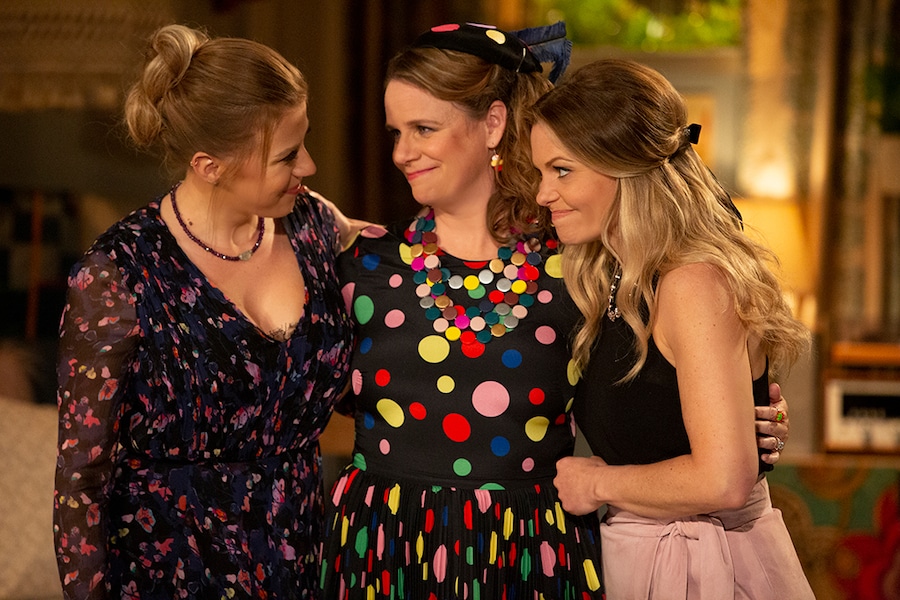 “Oh yes, it felt very different. It was much harder and much more emotional the second time around. Partially just because I’m an adult and I have more perspective now than I did at 18 when the first time Full House went off the air. I was 18, I was in college and I was ready for my new life as an adult and I was ready. I was ready to say goodbye to the show. It was sad, but I was definitely ready to move on. And this time, I just I know how special it is and how rare it is to have the chemistry that the cast has and the history that we have and the bonds. You know, they really are like a second family, and so of course we’ll always keep in touch. We’re still gonna see each other… But it’s just not the same as coming to work every day with your best friends and getting to see each other and make each other laugh. That’s the part that I’m really gonna miss,” she said.

“So it was, it was very emotional that last day on set. I don’t know a single person that wasn’t crying during that last scene.” 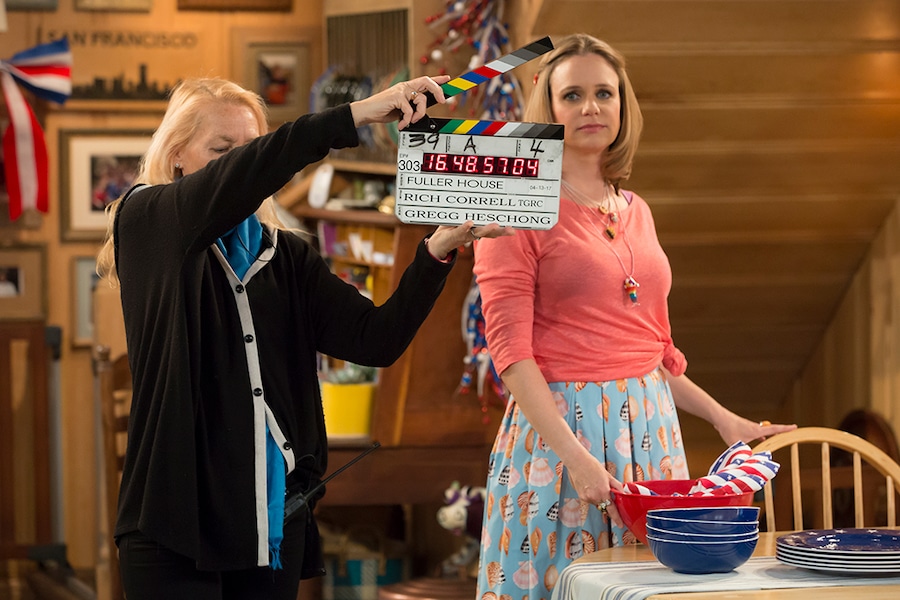 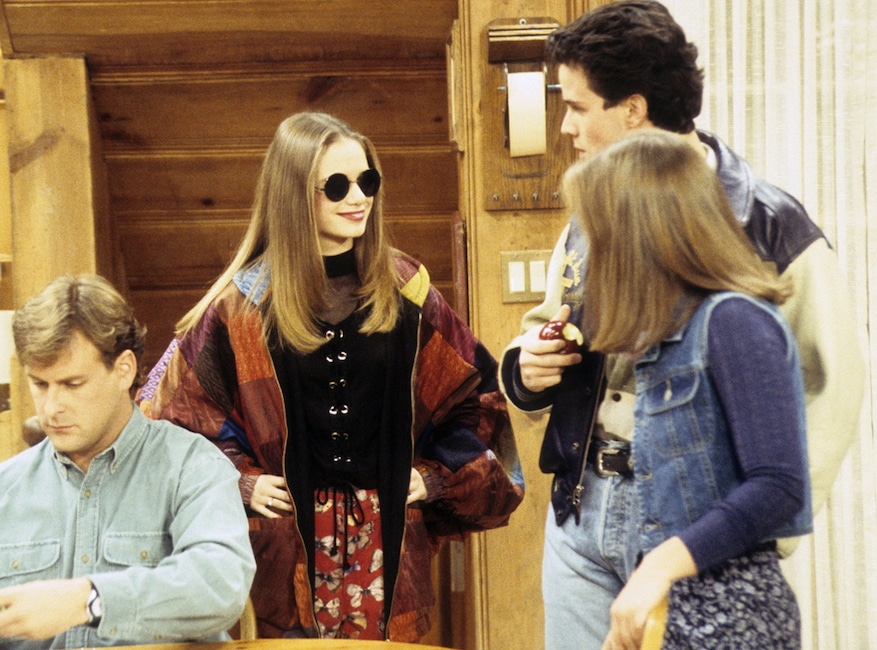 A MESSAGE TO FANS

“I feel so much gratitude because it’s really because of the fans and their loyalty to the show that we were able to come back for five seasons. Five seasons is a long time in the TV world these days, so we’re so grateful. Like it what a gift, what a gift that they gave us to be able to inhabit these characters again for five years. And I will always be grateful to the fans and I want them to know that they are always part of the Tanner-Fuller-Gibbler family. That door is always open. And they grew up with us as children and now they stayed with us, so they are forever part of this family and I hope they know that.

Racism “Swept A Bit Under The Carpet” In Germany: Boris Becker

Racism "Swept A Bit Under The Carpet" In Germany: Boris Becker

Coronavirus Lockdown: Hotel stocks rally up to 19% as govt lifts curbs on operations from 8 June