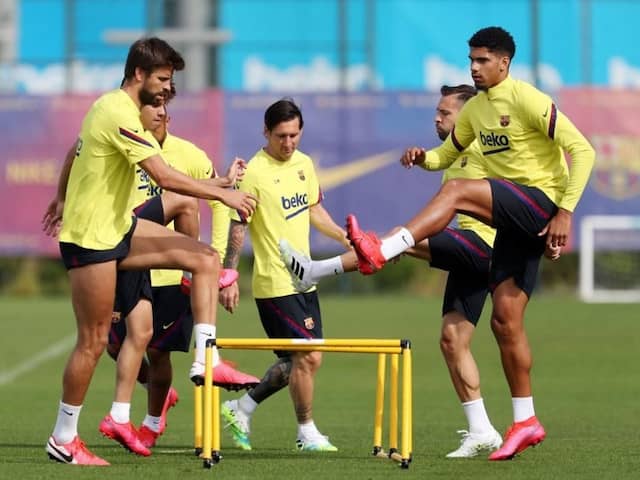 La Liga have confirmed players will be allowed to return to full training on Monday.© AFP


La Liga has announced that Spain’s top-two football divisions can hold full training sessions from Monday for the first time since the action was suspended in March due to the coronavirus pandemic. La Liga has been suspended since March due to the coronavirus pandemic. “The beginning of group training sessions represents another step forward in the strict Training Protocol developed by La Liga in coordination with the Spanish High Sports Council (CSD), which comprises four clearly differentiated stages,” La Liga said in an official statement.

“The first began in early May, when medical tests were conducted on all La Liga Santander and La Liga SmartBank clubs and individual training began. Weeks later, on 18th May, training in small groups of up to 10 players began, which was increased to 14 shortly after. The fourth stage, which starts this Monday, is the final step of the protocol leading up to clubs restarting the competition on 11th June,” it added.

La Liga clubs had returned to individual training at the start of May and they later started in training in groups of up to 10 players two weeks later and groups of 14 players from last Monday.

Before the suspension of La Liga in March, Barcelona were at the top of the standings, just two points ahead of the second-placed Real Madrid.

UK”s Premier League will resume from June 17 while Italy”s Serie A will commence from June 20.