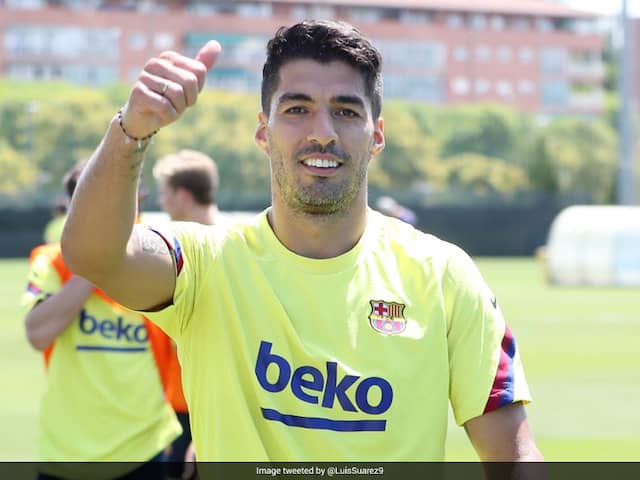 Luis Suarez had played for Liverpool from 2011-14 before moving to Barcelona.© Twitter


Former Liverpool star Luis Suarez has congratulated the side on winning the Premier League title. Liverpool won the Premier League title after a span of 30 years as Chelsea defeated Manchester City 2-1. Suarez had played for Liverpool from 2011-14, and now the striker plays for Barcelona. “Jordan and all the other Liverpool players, I am so happy for you and your family, and for the people working in Liverpool and the Liverpool fans. I hope you enjoy this time because it’s amazing for the Liverpool supporters. You are the champions,” Goal.com quoted Suarez as saying to LFCTV.

During the 2013/14 season with Liverpool, Suarez fired 31 Premier League goals after netting 23 the year prior.

Liverpool currently has 86 points from 31 matches this season. The side still can break few records this season. It can create a record of winning all their home games in a single Premier League season.

Liverpool just needs 15 points more this season to register the most number of points in a single Premier League season.

The side will next take on Manchester City on Thursday, July 2.