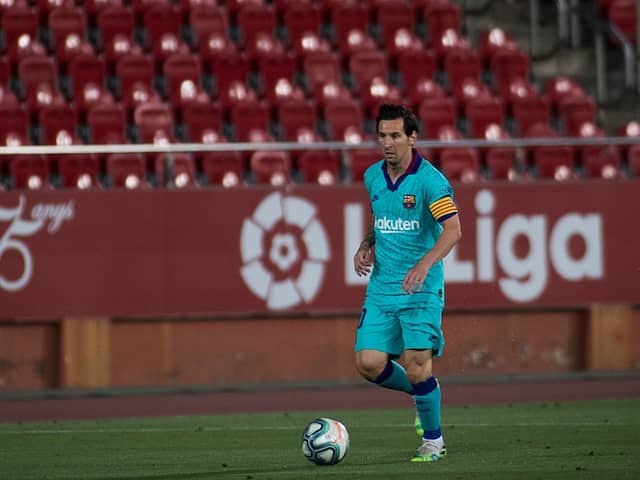 
Even if La Liga is being played behind closed doors, one ardent Lionel Messi fan could not be dissuaded as he sneaked into the ground to get a selfie with the Argentine striker. The incident happened during Barcelona’s clash against Mallorca on Saturday (local time). As per a report in the Sydney Morning Herald, the fan was wearing an Argentine jersey and came to the playing field holding his phone. The incident happened during the second half and the fan clearly violated the social distancing guidelines issued by La Liga. The fan was then tackled by security guards before he could make any contact with the six-times world player of the year and two police officers also helped remove him from the pitch.

Mallorca has not yet responded to the question as to how the fan entered the stadium, Sydney Morning Herald reported.

The breach of security is alarming as only 229 people are allowed to enter stadiums for matches from now until the end of the season under the league”s latest protocol on resuming the campaign.

The protocol also includes strict guidelines on how teams enter and leave stadiums for matches and it asks players to wear masks and gloves on the way from their team hotel to the ground as well as in the dressing room, among other rules.

With the help of this goal, Messi became the only player in the history of La Liga to score more than 20 goals in 12 consecutive seasons.

“It Was Tough To Absorb”: Sarfaraz Ahmed On Being Dropped From Pakistan Team