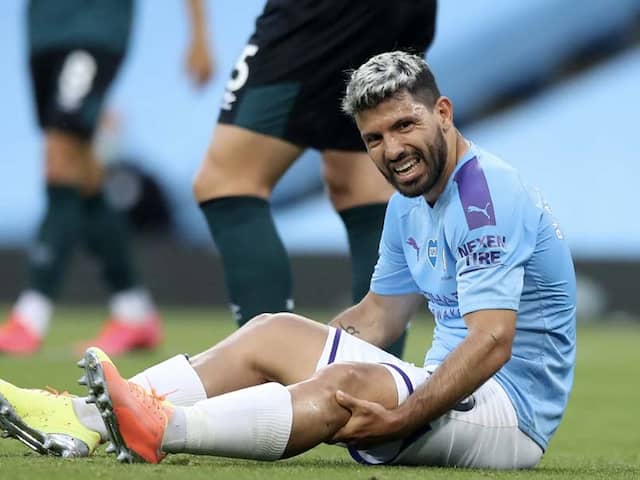 Sergio Aguero limped off the field in their side’s 5-0 win against Burnley.© AFP


Manchester city manager Pep Guardiola has provided an injury update on striker Sergio Aguero, saying that it does not look too good at the moment. Aguero was caught just before half-time by Burnley captain Ben Mee during the Premier League match on Monday. The 32-year-old striker will go for tests later today but Guardiola confirmed that Aguero will be miss the next few games of the season.

“The doctor says it will take time. A few games out for sure but maybe tomorrow the tests he will get good news. We will see,” he added.

Both Foden and Mahrez scored brace for Manchester City.

The side is currently placed at the second spot in the Premier League standings with 63 points from 30 matches.

Manchester City will next take on Chelsea on Thursday, June 25.

ANTHONY RAMOS ENCOURAGES YOU TO “STOP”

ENG vs WI: Joe Root Compares Ben Stokes To This Superhero After His Heroics In 2nd Test