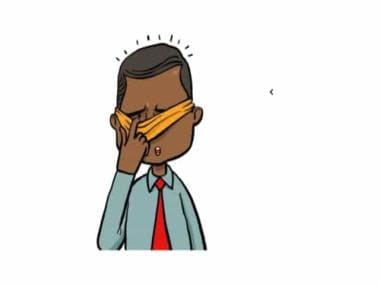 Air India has until mid-July to challenge Cairn’s lawsuit in US court: Report

Let’s get this rolling with Aarti Drugs. Shares have been on a tear since mid-March, rising more than seven-fold to around Rs 3,100 levels. What’s the big deal, you might ask. No doubt, shares of bulk drug firms in general have been running on steroids due to hopes that India may emerge as the new merchant for raw material for pharma firms looking to reduce their dependence on China. But hold your applause! The Aarti Drugs story has given fundamentals a total miss the way Indian startups miss profit targets. But then who cares about inconsequential stuff like valuations in a bull market. Also, chew on this — we have learnt that a leading value investor who believes in spotting lucrative stocks and then sitting tight is leading the charge of the bull brigade in this scrip. After the spectacular surge, it is anyone’s guess if the stock ticks all the value boxes. Clearly, value, just like beauty, lies in the eyes of the beholder, or the shareholder, in this case.

More on pharma. American pharma multinational players don’t play nice, do they? A homegrown pharma player, focussed on contract manufacturing, rolled out a Vitamin C brand in August last year. The initial sales uptick was too small for a certain US pharma giant that dominated the segment to notice. All that changed early this year, especially towards March-end, when the new kid on the block grew four-five times in scale. The American biggie fretted and fumed. It lobbed some threats and when those didn’t work, slapped a big fat legal notice for infringement of its trademark. Our desi company didn’t flinch because it was legally buttoned up. What came next was well, expected. The US company offered a tempting buyout—ten times the size of the brand. The Indian brand said thanks but no thanks.

‘Stock’ing up for listing day

Nothing gets traders buckled up for a giddy ride on a stock that a market veteran’s big bets. That’s what happened when one such veteran with interests in the retail segment purchased 1 crore shares of this behemoth in the unlisted market. HNIs since then are having trouble controlling their excitement. No surprise that the demand for the shares of this entity, which certainly is on the road to an IPO and enjoys a monopoly in its segment, has skyrocketed. The stock has a lot going for it — rapid growth rate, rising volumes and attractive valuations (it’s cheaper than global peers). The listing though has been delayed due to a long running legal case. The top brass is upbeat, looking to clear the regulatory hurdle, take ‘stock’ of the situation and begin work for a stellar market debut.

The pandemic has ravaged most sectors, especially travel and hospitality businesses. These companies are severely strapped for cash because operations have come to a standstill. Even the most optimistic industry insiders are not presaging a return to normalcy before 2022. But that doesn’t mean everyone’s sitting on their butts. One company with a healthy cash hoard and the ability to raise twice the sum at very attractive rates is closing in on an acquisition of hospitality assets across the globe. Talk about bargain hunting. This one seems to have borrowed a page of the rulebook of airlines that go shopping for planes during crushing slowdowns. Likewise, it strongly believes that it can seize assets on the cheap. Will COVID-19 prove a blessing in disguise for this company? Time will tell.

A government mortgage lender has kept investors antsy about its fundraising. Things in the past 18 months have moved at the pace files move in sarkari offices. On at least two occasions, the company flattered to deceive after strategic stake sale deals with global funds were called or deferred. But you know D-street traders. They are nothing if not an optimistic bunch. The stock has rallied sharply over the past month after news of fresh fundraising resurfaced. A top deck reshuffle has also had investors juiced up. The new boss oversaw a blockbuster IPO earlier this year in another sarkari firm that gave record returns for a marquee PE giant. And guess what? The same PE giant backs the mortgage lender in question. ‘House’ that for a coincidence?

Last week, we told you about the insatiable appetite for ‘Covid Capital’ and how a top private sector lender was negotiating with a PE fund for a big cheque despite a recent big-bang QIP. Well, well, well. We now hear a major housing finance company is pumped up about the same twin-pronged fundraising strategy. This company sprang a surprise recently when it recast its top deck. Or shall we say, was forced to? The appointment of no less than a former RBI official signals that the company is preparing for a complete overhaul. Tongues haven’t stopped wagging since. There is a growing buzz that the company has launched talks with a fund which shares its name with a popular space mission.

Grin and beer it

A craft beer maker that was all the rage not long ago is now hurting due to the coronavirus lockdown. Nowhere is the pain visible more than its constantly changing CFO roster. It has had three chief financial officers in as many years. The latest one joined last month while the outgoing one is still serving the notice period. When CFOs come and go in an enterprise, it can only mean something’s smelling weird. The lockdown has taken a toll on the company’s finances, which were already under strain due to excessive marketing spend and reckless expansion. There is more trouble brewing (forgive the pun). In recent months, a bunch of vendors has served legal notices over payment default. The beer maker has also failed to pay taxes in some states. Investors meanwhile are running out of patience with the sorry state of affairs.

A global white goods maker is in a fix over the sudden government decision to ban TV imports without prior licences. The timing could not have been a bigger bummer for this appliance maker. It was bracing for pent-up demand ahead of Diwali after subdued sales in the past six months. It shipped in one consignment of 75-inch TVs. But before the next two larger batches were to come in, imports were put into the restricted category. Going through the corridors of the government would mean that the products would not be available in time for Diwali. Last we heard the firm has approached a lobbying team to secure a special waiver. The card it has up its sleeve — a serious Make in India presentation. Anything to get a favourable decision.

A transportation company had a change of guard recently. That should have been the end of it. But soon tales of the departures of past executives surfaced. There was a common thread in all those exits — irreconcilable differences with the promoter. One particular tale stood out. It centres on a senior executive setting a stiff target for himself to impress the boss. A few months down the line, when it was time to review his performance, the executive was at a loss of words on why he failed to meet the target. The promoter would have none of it. Enraged, he landed a punch on the executive’s nose, a knock that would have made Mike Tyson proud. He then tried to make amends by offering a generous severance package on the promise that the tale would not become public. Well …

The rapid rise in the usage of online meets has been matched by an embarrassed employee dropping the ball at (remote) work. One edtech unicorn aspirant had one such an unpleasant experience. A teacher in an online class decided to give lessons wearing nothing but a shirt. The class went well. But wait! students noticed the professor was not wearing pants after the session came to a close. As luck would have it, the teacher had forgotten to switch off the camera. All hell broke loose. Students and parents blasted the edtech startup for the carelessness. The teacher got marching orders. Looks like online education in India has a long way to go.