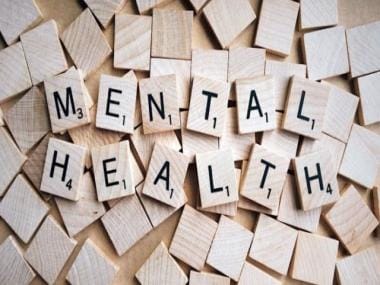 Finance Minister Nirmala Sitharaman on Tuesday announced the setting up of a National Tele Mental Health programme, which will see 23 tele-mental health centers being launched

As India enters its third year of battling against the COVID-19 pandemic, the importance of mental health is quickly being accentuated and spoken of.

And in a rare moment, the significance of mental health also found a mention in the Union Budget speech of Nirmala Sitharaman.

Speaking in Parliament, the finance minister said on Tuesday, “The pandemic has accentuated mental health problems in people of all ages. To improve the access to quality mental health counseling and care services, a National Tele Mental Health programme will be launched.”

Here’s a look at the situation of mental health in India and what Finance Minister Nirmala Sitharaman plans to do to improve it.

The COVID-19 pandemic has exacerbated mental health issues in the country.

The physical isolation to which the population has been subjected, added to the fear of the immediate effects of the virus on health, have been two of the main triggers. Besides, economic woes, misinformation and rumours (often distressing) about everything surrounding COVID-19 have also contributed to it.

In October 2021, a study in Lancet reported a 35 per cent increase in mental health problems in India.

In the same month, a UNICEF survey found that “around 14 per cent of 15 to 24-year-olds in India, or 1 in 7, reported often feeling depressed or having little interest in doing things”, exacerbated, among other things, by ongoing school and college closures.

In November 2021, the governments National Crime Record Bureau (NCRB) annual report showed suicides in India increased by an alarming 10 per cent in 2020 during the pandemic – nearly 400 Indians died by suicide each day in 2020.

Even prior to the pandemic, there was an acute shortage of mental health services in India. The National Mental Health Survey in 2016 reported that nearly 70-80 per cent of those with mental illness in India received no treatment.

Viewing these conditions, it seems that mental health in India is an often ignored aspect.

In fact, last year’s Budget had proposed a corpus of Rs 71,269 crore for Ministry of Health and Family Welfare. This also included the budget for mental healthcare – a total of Rs 597 crore.

However, the situation seems to have changed this year.

On Tuesday, Nirmala Sitharaman, while presenting the Budget, said in her speech that mental health problems plagued people of all ages and hence, announced a plan to set up a National Tele Mental Health programme in India.

The finance minister said 23 tele-mental health centers will be launched with the National Institute of Mental Health and Neuro Sciences (NIMHANS) as the nodal center.

The Indian Institute of Technology (IIT) Bangalore will provide tech support for the mental health programme, she added.

Interestingly, Nirmala Sitharaman began her speech by expressing “empathy for those who had to bear adverse health and economic effects of the pandemic.”

Dr Girdhar Gyani, Director General, Association of Healthcare Providers (India), was quoted telling News18 that the government’s intent of focusing on setting up 23 mental health centers will be beneficial in general and more specifically for long COVID patients.

Dr NK Pandey, Chairman and Managing Director, Asian Institute of Medical Sciences, also added, “It is encouraging to note the government’s attention to addressing the challenge of rising mental health issues in India and proposed to launch a National Tele Mental Health Programme. The budget, inculcating the fact that focusing on mental and emotional wellness is the need of the hour, itself talks about how progressive we are becoming in our approach as a nation, Pandey said.

“This ensures that it helps the shift towards normalising conversations on mental health, encourages people to recognise mental health-related illnesses, seek treatment and also remove stigma in the long run. In a large country like ours, we have a significant paucity of experts and accessibility and affordability have continued to be an issue,” told indianexpress.com in a report.

Kuldeep Yadav Says “Started Bowling In Nets, Trying Not To Use Saliva”

Sony’s PlayStation games may soon be available on mobile devices