Michigan Sheriff Explains Why He Walked With George Floyd Protesters 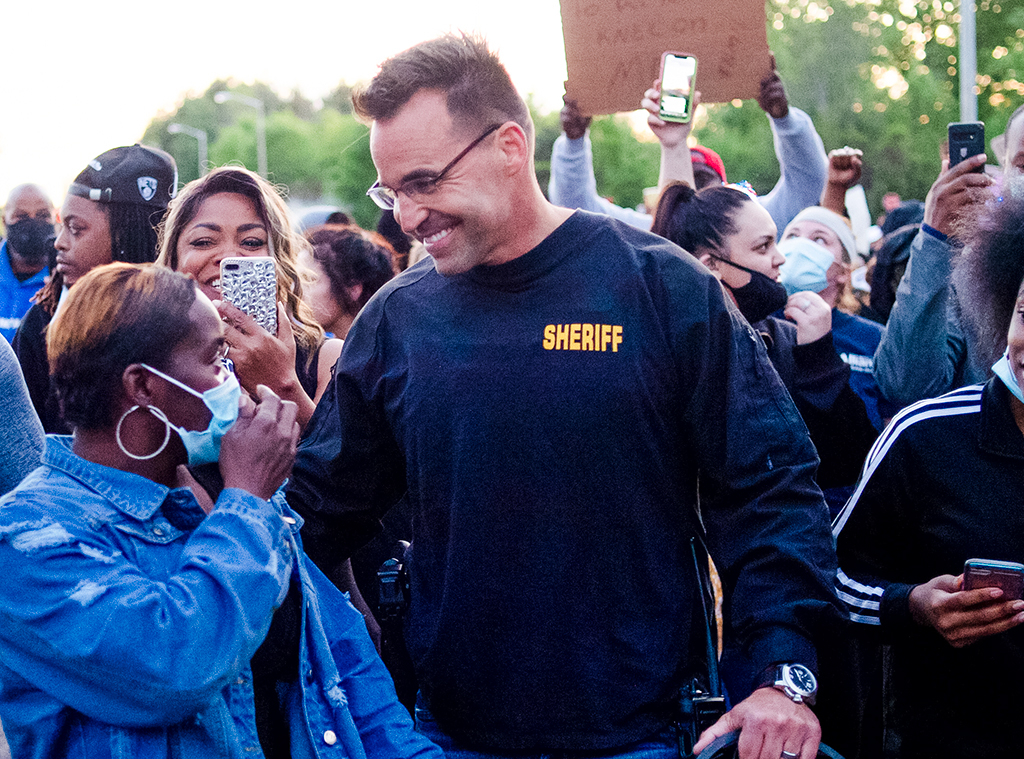 As protests continue around the world following the death of George Floyd, some officials are going viral for their peaceful gestures.

Genesee County Sheriff Christopher Swanson recently made headlines after he took off his weapons and marched with a group of protesters in Flint, Michigan.

During an interview on E!’s digital series Just the Sip, the longtime sheriff explained what led to the decision.

“Today’s my 27-year anniversary on the job. I’ve had tremendous experience in a high-crime area. I’ve got tons of training but looking back on that video you saw, it was because I love people,” he shared exclusively with E! News’ Justin Sylvester. “I have always loved people. I saw the hearts. I saw the pain.”

Christopher continued, “I’ve been watching it all week and when I saw the first fist bump in the crowd and a hug, I said that’s it! We can listen to what they’re saying. I’d love to say I planned it. I’d love to say it was scripted but it wasn’t.”

In the video that went viral, Christopher was seen telling protesters that “these cops love you” and want to make the gathering “a parade and not a protest.”

“I just knew that helmets and batons are barriers and we already have enough of that in the world today…We put that aside and we showed off vulnerability—not as a sign of weakness but a sign of strength,” he shared with E! News. “They want someone to listen to them. That unity together was beautiful.”

After first watching the video of George detained by police, Christopher says he felt “rage” and “anger” partly because the officer “destroyed years and years of community—police relations” in the eight minute and 46 second clip.

At the same time, Christopher is hopeful that change is coming.

“I believe in my heart that George Floyd changed American policing forever,” he shared. “Please, police officers in America, do not give up on your communities. If you’ve tried 10,000 times to talk to your communities, try one more time. Don’t give up even with all the things. We have to take the first step.”

Listen to Justin’s full interview with Sheriff Christopher on the Just the Sip podcast. And for more ways to take action and get involved, click here.

We Have Clearance, Clarence, to Share These Secrets About Airplane!