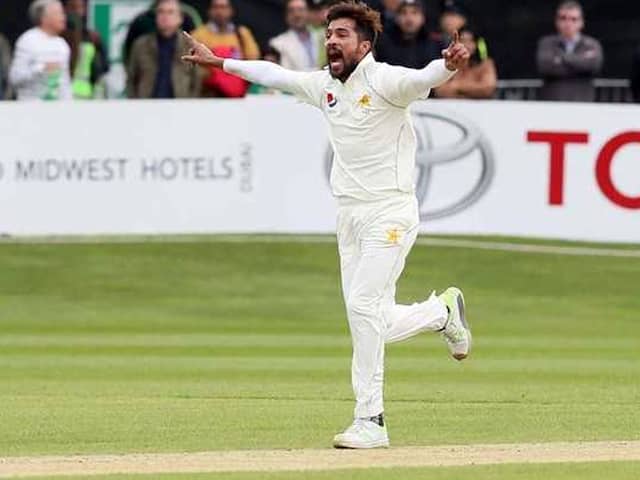 Pakistan are slated to play three Tests and as many T20Is against England.© AFP


Pacer Mohammad Amir, who earlier pulled out of the upcoming England tour, will join the Pakistan men’s national cricket team in England following the birth of his second daughter last week. The Pakistan Cricket Board Board (PCB) also announced that it has agreed to send Mohammad Imran, a masseur at the National High-Performance Centre, to England on the request of the team management. “As part of the process, both Amir and Imran underwent COVID-19 tests on Monday and require two negative tests to be eligible to travel to the United Kingdom. If their first tests return negative, they will be moved to a bio-secure environment in Lahore where their second tests will be conducted on Wednesday, with the expected departures over the weekend,” PCB said in a statement.

PCB said that as soon as Amir will join the squad, reserve wicketkeeper-batsman Rohail Nazir will be released from his duties.

Pakistan’s cricket governing body further stated that the departure of Shoaib Malik to England has been delayed until the second week of August.

“Meanwhile, the departure of Shoaib Malik to England has been delayed until the second week of August after India extended the ban on international flights until 31 July, which, in turn, has delayed a planned family reunion. When Shoaib Malik will join the squad for the T20I series, which starts on 28 August in Manchester, the team management will release a player,” the statement read.

Pakistan are slated to play three Tests and as many T20Is against England. The first Test will begin on August 5.

Twitter to boot users who persist with Covid-19 lies