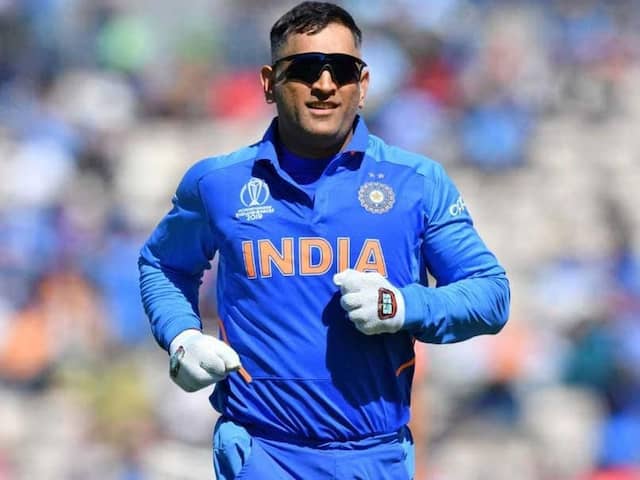 
Former Pakistani pacer Waqar Younis on Monday said wicketkeeper-batsman Mahendra Singh Dhoni is a ”champion” who has won two World Cup titles for his country. Younis heaped lavish praise on former Indian captain and revealed that Dhoni has indeed done a tremendous job in carrying forward the momentum of the team that started during the era of Sourav Ganguly. Under Dhoni’s captaincy, India won the inaugural edition of the ICC T20 World Cup in 2007 and ODI World Cup in 2011. In 2013, Dhoni led to his side to triumph the ICC Champions Trophy and became the only captain in the history of cricket to win all major ICC trophies.

Dhoni also guided India to attain the number one spot in the Test rankings.

“Sourav Ganguly was the one who started that journey of improvement for Indian cricket and MS Dhoni took that journey ahead. He is a World Cup champion and has won two World Cups. I think he has done wonderfully well for himself, for his country and of course, for his family,” Younis said while speaking exclusively to GloFans during chat show ‘Q20’ on Twitter.

Former skipper Sourav Ganguly, who is now the president of the BCCI is regarded as the best captain that Indian cricket has ever produced and it was his captaincy that inculcated a strong winning mentality in the team and the Men in Blue became a force to reckon with outside the country as well.

While agreeing to Ganguly’s immense contribution to Indian cricket. Younis also confessed that Dhoni as a leader had changed the face of Indian cricket forever and fulfilled his responsibility as a captain par excellence.

“What a cricketer MS Dhoni is. The way he led the team, it is difficult to express it in words. He is a very good and big leader who understands things. He is a wonderful human being and coming from a small village and the heights he has achieved plus leading such a big country and team is indeed praiseworthy,” Younis said.

Dhoni is currently on a sabbatical from international cricket. The 38-year-old last played competitive cricket during the 2019 World Cup. He had to face criticism for his slow batting approach during India’s matches in the high-profile game.

Dhoni did not find a place for himself in the BCCI’s centrally contracted players list. The board had released the list of central contract list of players for the period from October 2019 to September 2020.

The wicketkeeper-batsman will turn 39 on July 7, Tuesday.

The Joys Of Game Show Bloopers