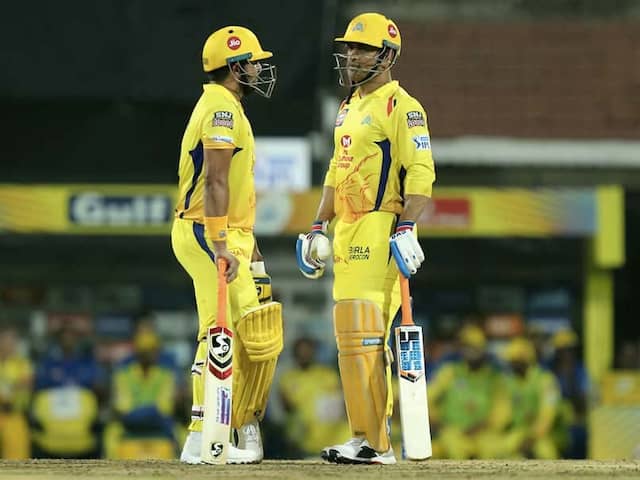 
MS Dhoni has not played competitive cricket since India’s 2019 World Cup exit in the UK. The former India captain, who led Chennai Super Kings to the Indian Premier League (IPL) title thrice, was ready to captain the Chennai-based T20 franchise in the cash-rich league but the coronavirus pandemic postponed it indefinitely. MS Dhoni‘s CSK teammate Suresh Raina revealed that the wicketkeeper-batsman’s “preparations were different this time” when he came for practice. “The best thing was, Rayudu, myself, Mahi bhai and Murali were batting in a group and Mahi bhai bats for long hours when he is in Chennai for about 2-4 hours. But this time he was just not getting tired of batting,” Suresh Raina said on Star Sports show Cricket Connected.

“He was doing his gym in the morning, followed by batting for three hours in the evening. When you spend the day at the nets, from gym workouts to fielding workouts to batting then the next morning it leads to some stiffness in the body.

“We are at that stage when the body has become a little slower and you have to put in the extra effort and work for five hours for a three-hour training so that you can play a four-hour match without getting tired,” Raina said.

“His preparations were different this time, I have played with him over the years with the national side and IPL getting ready but it was different this time, so I just hope the matches can start quickly then everyone can see how well prepared he is and see what I saw myself live in the two months of camp that we had. When someone works hard, then the prayers and blessings find their way to them,” he added.

The talks about Dhoni’s future started doing the rounds earlier this week when #DhoniRetires started trending on Twitter.

The IPL, which is indefinitely postponed, can be held in the September-October window if the scheduled T20 World Cup in Australia doesn’t take place.

EPFO releases pension and arrears, accepts workers demand for commutation; here’s all you need to know

EPFO releases pension and arrears, accepts workers demand for commutation; here's all you need to know