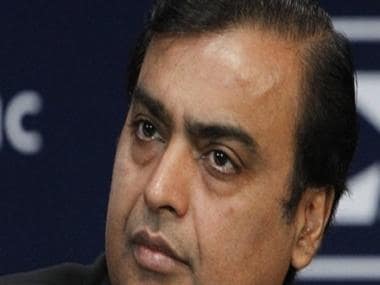 With a net worth of $77.3 billion, Mukesh Ambani is also the only Asian to feature in the top 10 in Forbes’ Real Time Billionaires List, placed after Mark Zuckerberg

With a net worth of $77.3 billion, Mukesh Ambani has become the fifth richest man in the world, as per the Forbes’ Real Time Billionaires List. The chairman of Reliance Industries Limited (RIL) has left moguls like Elon Musk, Steve Ballmer and Larry Page behind.

Ambani is also the only Asian person to feature in the top 10, placed just after Mark Zuckerberg who has a net worth of $88.3 billion and stands at number 4. Ambani managed to leave Warren Buffett, CEO of Berkshire Hathaway, behind at the sixth spot. This came after RIL gained over a percent by hitting Rs 2,010 per share on the BSE on 22 July (Wednesday).

This is Ambani’s highest position till date on the Forbes‘ list. According to a report by YourStory, Ambani has added $15.6 billion to his personal wealth this year itself. His RIL has been doing exceptionally well even amid the pandemic. The report added that the direct foreign investment of $20.4 billion in RIL’s digital arm Jio Platforms has boosted their account.

Jeff Bezos of Amazon stands tall at the first spot with a net worth of $183.7 billion. He is followed by Microsoft’s Bill Gates ($113.8 billion net worth) and luxry goods company LVMH’s Bernard Arnault and family ($112 billion) at the second and third spot, respectively.

Elon Musk has come in the seventh spot with a net worth of $72.4 billion. Larry Ellison, Steve Ballmer and Larry Page are at the 8th, 9th and 10th spots. All of them hail from the United States. In fact, eight out of the ten industrialists featured in the list come from the US.