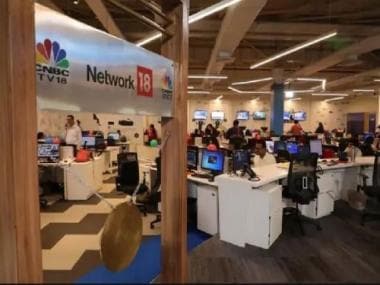 The media company reported a 14.6 percent on-year rise in consolidated revenue from operations to Rs 1,621.1 crore

Mumbai: Network18 Media & Investments on May 3 reported a 58.1 percent year-on-year rise in its consolidated net profit to Rs 61.6 crore for the quarter ended March.

The media company reported a 14.6 percent on-year rise in consolidated revenue from operations to Rs 1,621.1 crore.

The strong revenue growth was led by its news broadcasting and digital operations which benefited from a surge in advertisement revenues as well as user growth.

“The financial performance has vindicated our decision of investing in new businesses a few years ago which have started showing encouraging positive results,” said Chairman Adil Zainulbhai in a press statement.

“We have set ourselves an ambitious target to become a leading player in the digital space while strengthening our core TV offering,” Zainulbhai added.

The company reported its best financial performance ever in 2021-22 with all three segments—TV news, entertainment and digital news—chipping in.

The digital news segment came out as the highlight as it turned profitable in 2021-22 and delivered margins close to the group’s overall margins, a sharp turnaround from barely breaking even a year ago, Network18 Media said.

Revenue grew 14 percent in 2021-22 led by growth in advertising revenues across all three segments of business, regional and national news, Network18 Media said.

Operating margins improved by 470 basis points to 20.7 percent in 2021-22, the highest ever, as continued cost controls limited growth in expenses to only 8 percent, helping the business realise operating leverage, the company added.

The top line performance of the entertainment division was also strong in the quarter as operating revenue grew 11 percent on-year to Rs 1,150 crore.

The entertainment business delivered its highest ever annual operating profit of Rs 777 crore, up 23 percent, in 2021-22, while maintaining strong margins of 18.2 percent, the company said.

Advertising growth in 2021-22 was helped by a lower base but even compared to 2019-20 (pre-Covid), the business delivered strong growth, Network18 Media said.

The segment’s subscription revenue, however, remained flattish during the year and movie revenue returned to a semblance of normalcy in the second half, the company added.

Moneycontrol registered 81 percent growth in unique visitors in 2021-22 and the platform has seen a sharp growth in reach and engagement, Network18 Media said.

For 2021-22, the digital news division clocked revenue growth of 49 percent on an annualised basis while delivering its first ever operating profit of Rs 38 crore.

MoneyControl Pro, the subscription-based offering, registered strong growth in its paid subscriber base during the year, crossing its target of having more than 500,000 paid subscribers.

On May 2, shares of Network 18 Media ended 1.9 percent lower at Rs 84.6 each on the National Stock Exchange. The Indian stock market is closed on May 3 on account of Eid.

Here’s what you should know before investing

Here's what you should know before investing

First votes in US election to be cast in September, United States News & Top Stories

India will not ‘shut off all windows’ for cryptocurrency, says Nirmala Sitharaman- Technology News, Firstpost