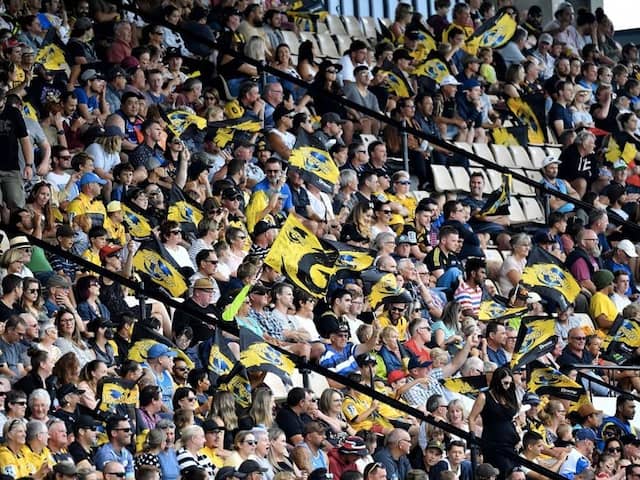 
Fans will be allowed in unrestricted numbers when Super Rugby resumes in New Zealand this weekend, organisers said Monday, hailing the move as a world first after professional sport’s coronavirus shutdown. “We’re incredibly proud, and grateful, to be the first professional sports competition in the world to be in a position to have our teams play in front of their fans again,” New Zealand Rugby chief Mark Robinson said. “It’s going to be a very special and unique competition and it’s fitting that New Zealanders now have a chance to be part of it.”

Super Rugby Aotearoa involves New Zealand’s five teams and has been established as a temporary domestic replacement for the southern hemisphere club tournament, which is suspended due to the COVID-19 pandemic.

While many other sporting competitions around the globe have announced plans to restart, the vast majority will be played either with no crowds or with numbers severely restricted.

It was initially slated to start without spectators but the New Zealand government on Monday announced it was lifting all domestic restrictions due to the country’s success in containing the virus.

Otago Highlanders chief executive Roger Clark said the club was “buzzing” at the prospect of hosting Waikato Chiefs in front of packed stands for the competition opener on Saturday.

“The world will be watching and we will be ready to put on a show,” he said.

“Our players, coaches and staff have been working overtime to get Super Rugby Aotearoa ready and to now be able to share the competition with our members and our fans will be a very special occasion.”

Michael Clarke Appointed Officer In Order Of Australia, Thought It Was April Fool’s Joke In June

Michael Clarke Appointed Officer In Order Of Australia, Thought It Was April Fool's Joke In June

Google Maps will get more colourful, accurate with upcoming update