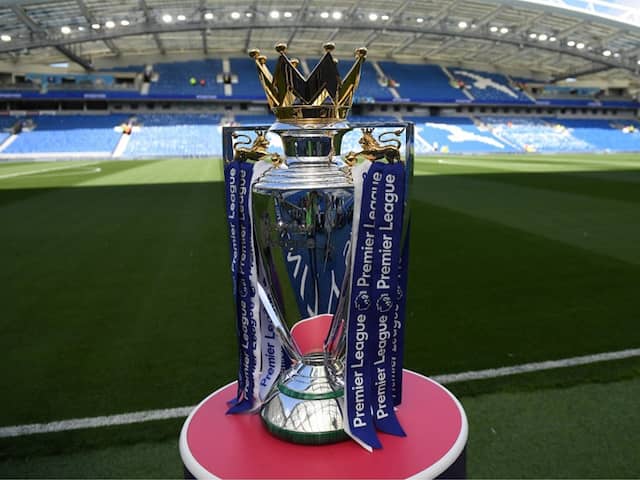 Premier League football is set to return on June 17 after a three-month coronavirus-enforced absence.© AFP


There have been no positive findings from the latest round of coronavirus testing carried out in the Premier League, the English top-flight announced on Saturday. The fourth round of screening saw a total of 1,130 players and club staff tested, with the lack of any new cases bolstering the Premier League’s plan to resume the season on June 17. “The Premier League can today confirm that on Thursday 28 May and Friday 29 May, 1,130 players and club staff were tested for COVID-19,” said a statement. “Of these, zero have tested positive.”

That means there have been just 12 positive cases from a combined total of 3,882 tests since Premier League players and club staff started being examined earlier this month.

Premier League football is set to return on June 17 after a three-month coronavirus-enforced absence. Nothing realistically will stop Liverpool from being crowned English champions for the first time in 30 years.

Liverpool were 25 points clear of Manchester City and just two wins away from becoming English champions for the first time since 1990 when the league was suspended in March.

The leaders could clinch the title with victory in their first game back should second-placed Manchester City lose to Arsenal.

The last Premier League match before the shutdown was Leicester versus Aston Villa on March 9, with all English professional football suspended four days later.

Premier League shareholders on Thursday also approved a proposal that would see all 92 remaining matches broadcast live in Britain, including some games on the BBC.

The leaders could clinch the title with victory in their first game back should second-placed Manchester City lose to Arsenal.

Germany’s Bundesliga resumed earlier this month and La Liga in Spain hopes to return from June 11, while Italy’s Serie A will be back on June 20.

Flash Sale! Get 50% Off the Elemis Double Cleanse

A Digital Media Startup Growing Up With Millennial Women