Hollywood is reacting to the arrest of Derek Chauvin, who has been charged with the murder of George Floyd.

On Friday, the former Minneapolis police officer was taken into custody and faces charges of 3rd-degree murder and manslaughter. His arrest comes three days after he and three other officers were fired for their involvement in Floyd’s detainment on May 25, where footage obtained by bystanders showed Chauvin pinning Floyd to the ground while kneeling on his neck for five minutes as he pleaded, “I can’t breathe” and died moments later.

Once news of Chauvin’s misconduct broke, stars took to social media to voice their outrage over his actions and demanded there be legal consequences. Now, they’re coming together once again to applaud Minneapolis officials for making an arrest and point out some imperative discrepancies.

Using the words of Martin Luther King Jr. to guide her post, Monica shared a picture of protestors assembled outside of the Minneapolis Police station.

“‘A Riot is the Language of the Unheard’  These words belong to our Beloved Dr. Martin Luther King … These moments and what what we do with them are ours! Our ancestors laid the foundation!” she wrote. We must now stand in agreement and follow through! I have always believed Love was the only thing that could drive out hate but struggle with how we make sure our voices are heard!”

a murderer is being held in protective custody. https://t.co/ESHeGdOxlJ

The “Boy Is Mine” singer continued, “Dear God I ask for your covering over our people as we continue this fight!! Im reading Officer Derrick Chauvin was arrested & charged with third degree murder and manslaughter ! Should’ve been 1st degree murder PERIOD ! We need a CONVICTION with greater consequence #SoMuchMoreToDo #JusticeForGEORGEFLOYD #JusticeForBREONNATAYLOR #JusticeForAHMAUD #JusticeForUS.”

Jamie Foxx appeared with protesters and former NBA player Stephen Jackson in Minneapolis, where he spoke during a press conference.

In video shared by ABC News, the Oscar winner said, “We’re not afraid to stand. We’re not afraid of the moment. And I think what you saw on television, to watch this man plead for his life… as I sit with my two daughters, my nephews who had just come from the grocery store, what it does it overcomplicates everything as a black man trying to tell his son or his daughter how to function in life. Even the things that we’ve taught them don’t seem to work.”

Foxx continued, “All I wanted to do today was let you know that I’m not a celebrity. I’m from Terrell, Texas. These are my brothers. This means everything because at the end of the day, when we see you guys out here on the frontline, we want to let you know you got support… God bless George and his family. To all of my friends who aren’t black, just try to put yourself in our position.”

Miguel posted a video of himself lying on the ground in the same position as Floyd while singing his unifying anthem “Candles in the Sun” and urged his followers to take action, writing, “Officer Chauvin has been arrested . Now, we want ALL the rest of the officers involved arrested. AND convicted . CALL 6123244499.”

Calling for reform, Ronda Rousey wrote, “Regardless of your race this image should outrage you. This is a human rights issue, citizens should not be treated this way by the people we pay taxes to protect and serve us – especially because it took civilian videos to expose the wrongdoing. Where are the police car videos? Where’s the police body cam videos? How many other times has this happened when there wasn’t a fellow civilian there to film? This is a violation of trust that may never be mended.”

Her post continued, “I have close friends who are amazing cops and I’m sure they are just as horrified at this atrocity – The individuals behind George Floyd’s death need to be tried and convicted of murder. WE need to address the police’s systemic willful ignorance to the abuses of the power we give them. Self regulation isn’t working, we need outside unbiased parties overseeing the police and holding them accountable for the benefit of us all!!” 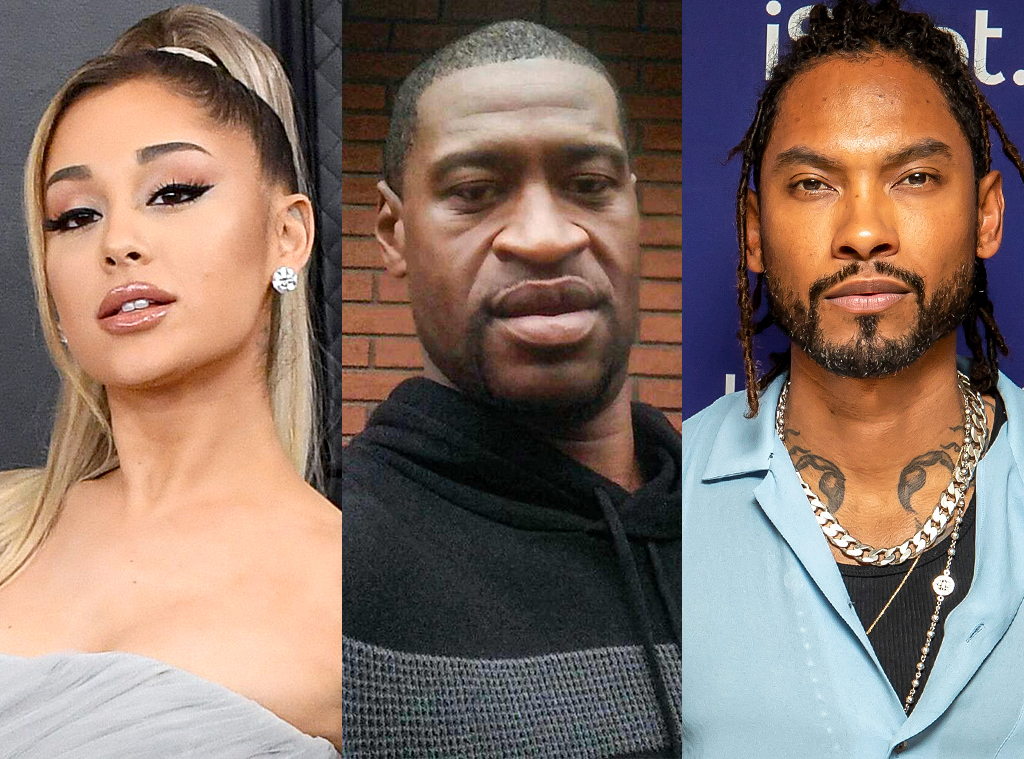 Pointing out that there were other officers involved, Terrance J wrote, “Just the beginning – 3 more to go. And much more work to be done !” Elaine Welteroth also reiterated that justice is only just beginning, saying, “This is just step 1. Don’t let up. #GeorgeFloyd’s murderer has been “CHARGED with third degree murder.” Source: @nytimes #blacklivesmatter.”