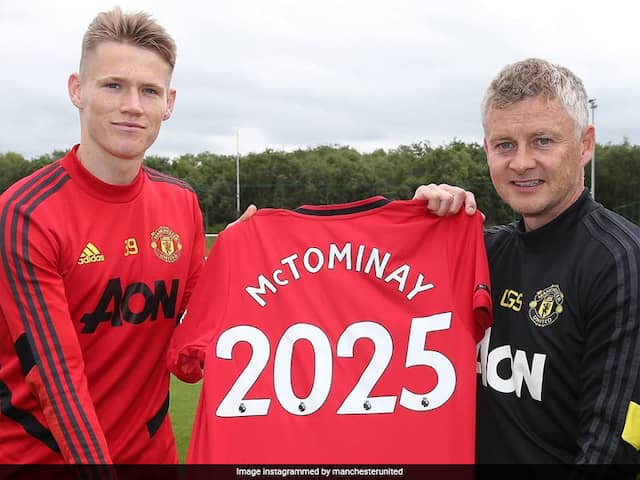 
Manchester United manager Ole Gunnar Solskjaer hailed “brilliant” Scott McTominay saying that the latter has got “leadership qualities”. The club on Tuesday announced that McTominay has signed a new contract, extending his stay until June 2025. “We are delighted to announce that Scott McTominay has signed a new contract, which will keep him at the club until June 2025, with the option to extend for a further year,” the club had said in a statement. “Yeah, I’m delighted that we’ve managed to tie down Scotty until 2025. He’s been part of this club for so many years now, and he knows what it takes to get to the top. He’s developing all the time for us. Since I came in, he’s been absolutely brilliant. He’s a top, humble human being who always wants to learn, and he’s got leadership qualities as well,” the club’s official website quoted Solskjaer as saying.

Manchester United, who are placed on the fifth spot on Premier League table, witnessed a 1-1 draw against Tottenham after returning to action following a long coronavirus-enforced break.

The manager said they want to build momentum but do not want to think too far ahead.

“Of course, we want to build momentum and win games, because if you can win back-to-back games or two or three games, it’s going to give you that momentum and a gap maybe. But we have to think ”next game”. Just win the next one, win the next one. So if you go one game at a time, I think that”s the only thing we have to concentrate on now. It’s a mini-league, a mini-season, and don’t think too far ahead,” he said.

Manchester United will now take on Sheffield United on Wednesday at Old Trafford.