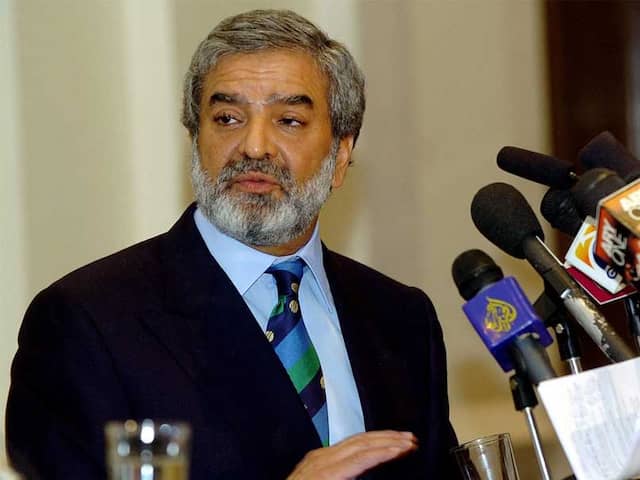 Ehsan Mani said he is not sure whether Sourav Ganguly is contesting for the ICC chief’s post.© AFP


Pakistan Cricket Board chairman Ehsan Mani has decided not to contest the election for the post of next International Cricket Council (ICC) chairman. Shahshank Manohar’s tenure as the chief of ICC is set to end next month. While the current Board of Control for Cricket in India (BCCI) president Sourav Ganguly’s name has been doing the rounds as the front runner to replace Manohar at the helm, some reports had also suggested that Ehsan Mani is also one of the top contenders for the post of the ICC chief. Speaking to Mumbai Mirror, the PCB chairman clarified that he is not contesting in the election.

“It is true that I will not be contesting the election. I have announced it in the media also. I was never interested. The news actually came from India. I was approached by a few to contest and I have said I am not interested,” Mani was quoted as saying by Mumbai Mirror.

The PCB chairman further said that he has no clue whether Sourav Ganguly is running for the ICC chief’s post or not.

“I don’t know if he’s contesting. My stint with the ICC is over after I left in 2006. And when I stood in the ICC election, I was elected unopposed. No one stood against me,” Mani added.

The ICC has not taken a call on the election process while the current chief Shahshank Manohar has already clarified that he will not seek a tenure extension.

The ICC will meet next month to decide on the future of the T20 World Cup, scheduled to be played in Australia later this year. A decision on the election process could well be revealed after the all-board meeting.

Gracie and Rachel Announce ‘Hello Weakness, You Make Me Strong’