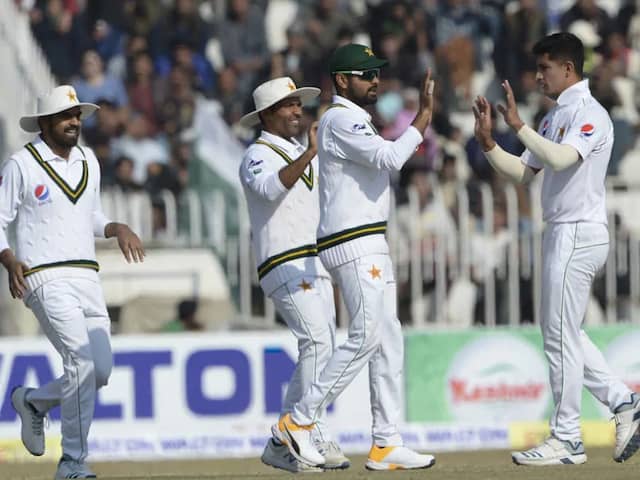 Pakistan’s tour of England is set to include three Tests and three T20Is.© AFP


Pakistan’s cricket team will leave for its tour of England on Sunday without 10 players, after they tested positive for coronavirus for a second time, the country’s cricket board said Saturday. The board chief executive Wasim Khan said the players can rejoin the squad of 18 players if they later test negative. After first testing positive this week, follow-up tests were given to Shadab Khan, Haris Rauf, Haider Ali, Fakhar Zaman, Mohammad Rizwan, Wahab Riaz, Imran Khan, Mohammad Hafeez, Mohammad Hasnain and Kashif Bhatti. Of those missing the start, only wicketkeeper Rizwan would be classed a first-choice Test player.

Pakistan’s tour of England is set to include three Tests and three Twenty20 internationals.

The squad will have a 14-day isolation period on arrival before continuing their preparations ahead of the first Test with two internal four-day warm-up matches.

It is expected that the first Test will take place in Manchester in August but the England and Wales Cricket Board said the behind-closed-doors match schedule would be announced in “due course”.

Pakistan is experiencing a surge in coronavirus cases, with nearly 200,000 declared cases and more than 4,000 deaths, while cases are falling in Britain.

Happy Birthday, Khloe Kardashian! Celebrate By Looking Back at Her Cutest Pics With Daughter True

Happy Birthday, Khloe Kardashian! Celebrate By Looking Back at Her Cutest Pics With Daughter True

ANTHONY RAMOS ENCOURAGES YOU TO “STOP”