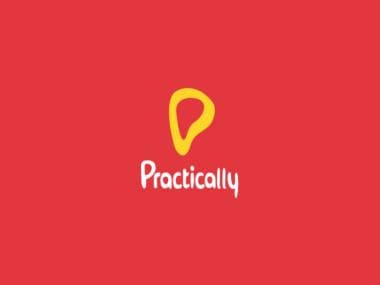 The company had previously raised Series A funding of $5 Million in 2019. This takes the total funding raised by the company to $9 million.

Practically, an Edutech product of 3rdFlix Visual Effects Private Limited has raised $4 Million in a pre-Series B funding round. The funding round was led by Siana Capital, a deep tech investor, with participation from existing investors YourNest Venture Capital and Exfinity Ventures. The company had previously raised Series A funding of $5 Million in 2019. The funds will be invested in expanding the operations of Practically. This takes the total funding raised by the company to $9 million.

Subbarao Siddabattula, co-founder & CEO, Practically said in a release: “The tremendous response that we are seeing for Practically from schools, administration, faculty, parents and students validates our model. Our progress so far is in-line with our strategic growth plans and we are very well placed to tap the accelerated growth that the EdTech industry is witnessing today.”

“The recent round of funding will be utilized strategically to expand the market for Practically beyond Telangana and Andhra Pradesh. Our expansion plan includes establishing a footprint pan-India in the next 12 months. We are also aiming to expand operations in the Middle East and set foot into the US market in the near future,” added Charu Noheria, co-founder & COO, Practically.

“Practically can create a niche for itself in the booming EdTech industry due to its focus on experiential learning,” added Sunil Goyal, MD, YourNest Venture Capital.

Practically is an interactive and immersive learning app for students of classes 6-12 with a focus on STEM (Science, Technology, Engineering and Mathematics) learning. It uses immersive videos, interactive Augmented Reality (AR) and 3D simulations in its app. Over 300,000 people have accessed the content available on Practically. The Edutech platform was founded in 2018 by Subbarao Siddabattula, Charu Noheria, and Ilangovel Thulasimani.

For teachers, the platform has a content library consisting of more than 4,000 videos and more than 100 simulations/ AR in mathematics and science. It also has over 200,000 questions spread across five levels of difficulty for testing students. More than 100 schools have connected with Practically as of now.

Great Scott! The MeUndies x Back to the Future Collab Just Dropped!