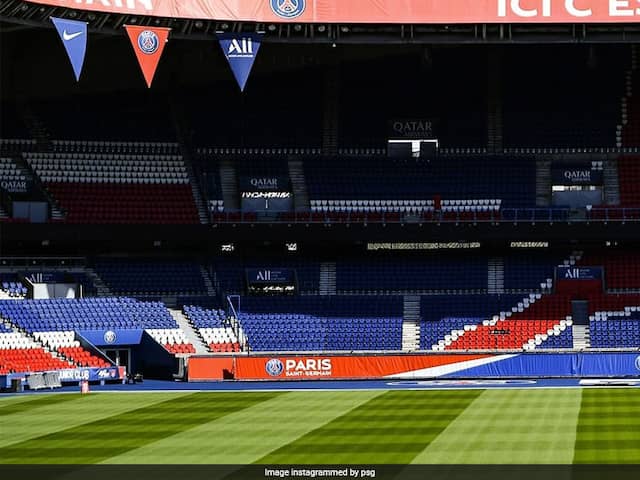 PSG are still to play the French Cup and League Cup finals as well as the Champions League.© Instagram


Three Paris Saint-Germain players and another member of staff were found to have contracted coronavirus during lockdown but are “no longer contagious” after further tests, the French champions said Tuesday. PSG said the unnamed players were free to take part in training when it resumes later this week after undergoing “serological tests” on Monday. “Those concerned had symptoms during confinement when they weren’t in contact with each other,” PSG said in a statement. “They are no longer contagious and can carry on their training programme.”

PSG still have big matches to look forward in the coming months despite the Ligue 1 season being ended early due to the COVID-19 pandemic.

They are still to play in the French Cup and League Cup finals, as well as the Champions League ‘final eight’ tournament in Lisbon in August.

Burnley Chairman Vows To “Root Out Racists” After Banner Stunt

Burnley Chairman Vows To "Root Out Racists" After Banner Stunt

McLaren To Cut 1200 Jobs Due To Coronavirus Crisis

Coronavirus: English League One And Two Seasons Declared Over