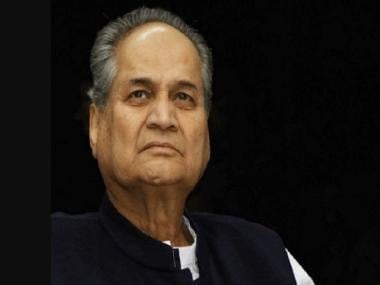 He will be remembered not for his enormous wealth as a billionaire but for the value that he created for millions of people, his ethics and integrity, and for his courage to speak fearlessly in diverse political environments

The demise of Rahul Bajaj (1938-2022), Chairman Emeritus of the Bajaj Group, is no ordinary event in the history of independent India. It signals the close of a chapter that the illustrious businessman wrote on the pages of time. He will be remembered not for his enormous wealth as a billionaire but for the value that he created for millions of people, his ethics and integrity, and for his courage to speak fearlessly in diverse political environments.

For the ordinary person who did not have the chance to know the industrialist up close, he was the face of “Hamara Bajaj”. This expression gained popularity through the advertisement for Bajaj’s Chetak scooter. It showcased India’s rich diversity and appealed to a sense of national pride with its well-crafted emotional tagline “Buland Bharat Ki Buland Tasveer”. It was not just a jingle; it was an anthem that stirred a collective aspirational consciousness.

In a column titled “First Person” (2008) for India Today, Bajaj writes, “To a large extent, my life, especially my business life, has been molded by the fact that I happened to have been born the grandson of late Jamnalal Bajaj who was like a son to Mahatma Gandhi. Because of this, I remember that till I finished my schooling, I always wore khadi. Our family members had burnt all their imported clothes and textiles as part of the freedom movement.”

Bajaj — who played a key role in the Confederation of Indian Industry — completed his BA in Economics at Stephen’s College in Delhi and his LLB at Government Law College in Bombay before he went to Harvard Business School (HBS) in the US for further studies. As part of a business family, he knew that he wanted to be a businessman since the age of 12.

He joined Bajaj Auto Limited in 1965, a year after graduating from the MBA programme at HBS. He became the CEO in 1968. He decided to set up home in Akurdi on the outskirts of Pune because he wanted to be close to the manufacturing plant. His wife, Rupa, was a huge source of support. His children went to the same school as the workers at the factory.

His interview with Professor Srikant M Datar for the HBS Oral History Collection is a fantastic resource for people who would like to understand his journey as a businessman, the values he lived by, and how the economy operated under India’s License Raj before liberalization.

India had a closed economy until 1991. Licenses were needed to start new companies, expand production capacity, and launch new products. There were high tariffs on imports of goods. During this time, the Bajaj scooter had a 10-year delivery period. People who wanted to buy a vehicle had to book it and then wait for 10 years to bring it home. The scooter was highly sought after; people started asking for it as part of dowry and buying it on the black market.

In this interview, Bajaj talks about how he kept the cost of production low while maintaining high quality and meeting rising demand. This could not have happened without significant investments in research and development, which meant adopting cutting-edge technologies. He believed strongly in taking care of employees, customers, shareholders and suppliers.

After his son Rajiv took over as MD and CEO of Bajaj Auto, HBS felicitated Bajaj with the 2005 Alumni Achievement Award. Recalling his insistence on achieving economies of scale during the License Raj, Bajaj said, “Ignoring a government regulation, I increased my volume by more than the permitted 25 per cent of my licensed capacity. If I had to go to jail for the excess production of a commodity that most Indians needed, I did not mind.”

Unlike many other industrialists who choose to keep quiet about political matters, fearing a backlash, Bajaj spoke freely. In the interview with Datar, he mentions that the decade of the 1970s, under Prime Minister Indira Gandhi, was the worst in the history of independent India as far as industry was concerned. In 2019, Bajaj told Home Minister Amit Shah, “You are doing good work but if we criticise you there is no confidence that you will appreciate that.”.

What made it possible for Bajaj to air such sharp views?

In his column “First Person”, mentioned earlier, Bajaj writes, “We have given donations by cheque to political parties and that is mentioned in the annual reports. But I didn’t believe in giving cash for a favour to anybody. I believe in ethical dealings not just with respect to corruption and tax payments but also to my customers. I bring in elements of philanthropy, corporate social responsibility and good corporative governance in whatever I do.”

This does not mean that Bajaj had no close friendships with political leaders in Delhi, Maharashtra, and elsewhere in India. He served as a member of parliament after getting elected to the Rajya Sabha. His father, Kamalnayan, was elected to the Lok Sabha thrice.

After the news of Bajaj’s death broke out, Sharad Pawar, President of Nationalist Congress Party, tweeted, “I am grieved with a passing away of my very close friend. India has lost an industrialist, a philanthropist and a lighthouse for young entrepreneurs! Hamara Bajaj.”

I am grieved with a passing away of my very close friend. India has lost an industrialist, a philanthropist and a lighthouse for young entrepreneurs! Hamara Bajaj

Give incentives to manufacturers of digital equipment to ramp up supply to schools, educational institutions