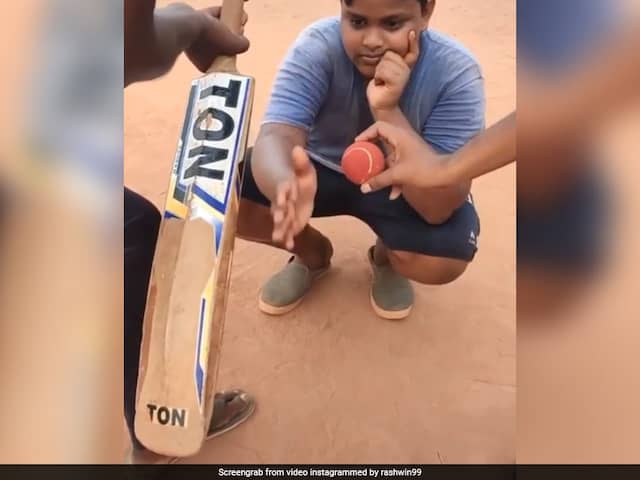 
Ravichandran Ashwin on Saturday took to Instagram to share a video of a group of boys enacting Decision Review System (DRS) in a hilarious manner. The creativity of the boys was on full display in the video and Ashwin could not stop his laughter as he used several face with tears of joy emojis to make his feelings known. While sharing the video, Ashwin found himself short of words and wrote: “Can’t get over this.. don’t know how to caption it either”. Just like Ashwin, his fans also couldn’t stop their laughter after watching the video.

Ashwin has been quite active on social media during the coronavirus lockdown, interacting with some of the most prominent cricketers and several other celebrities in his show named “Reminisce With Ash” on Instagram Live.

Ashwin hosted the season finale of his show on Saturday where he interacted with Indian skipper Virat Kohli. During the interaction, Kohli revealed one of the aims of his life, which otherwise would have been hard to predict as it has nothing to do with cricket.

Kohli revealed that he is quite intrigued by the extra-terrestrial life and someday would definitely want to see an Unseen Flying Object (UFO).

The coronavirus pandemic has led to the ICC Cricket Committee, chaired by Indian leg-spinner Anil Kumble, propose a ban on the use of saliva to shine a cricket ball.

Reacting to the decision, Ashwin said putting saliva on the ball is a habit and it will take some practice to get rid of it when cricket resumes in the post COVID-19 world.

“I don’t know (when is) the next time I go out there. It is natural for me to put saliva. It’s going to take some practice (to not apply saliva). But I think, if we all have to co-exist, which is the DNA of human race, we will have to try and adapt to this,” Ashwin said during an Instagram chat with Delhi Capitals.