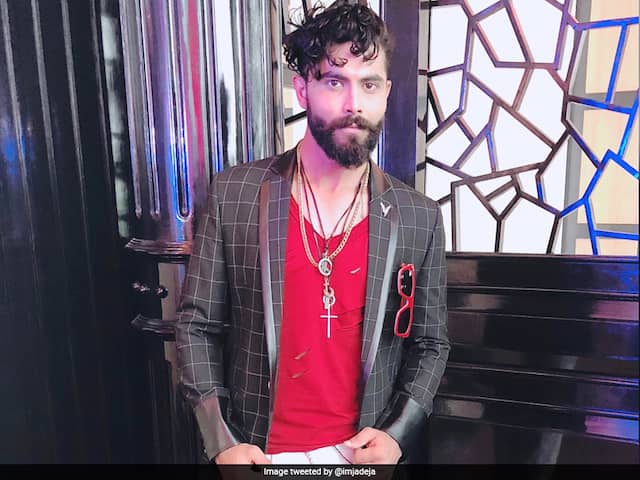 
Ravindra Jadeja, who represents Chennai Super Kings (CSK) in the Indian Premier League (IPL), took to Twitter to share a picture of his “Netflix Date” look. In the picture, Ravindra Jadeja can be seen wearing a blazer, red T-shirt and white trousers. “Ready for my Netflix date,” Ravindra Jadeja captioned the picture with a laughing emoji. While Jadeja’s vibrant look attracted attention from his fans, his IPL franchise too complimented the all-rounder in a unique fashion. “Looks like a dress to kill, not chill,” CSK replied to Ravindra Jadeja’s tweet.

The 31-year-old all-rounder, much like other cricketers, has been quite on social media during the coronavirus-enforced break from the game.

Jadeja often posts pictures and videos of himself to keep his fans entertained during these testing times.

The all-rounder wrote a poem in Hindi while calling the CSK captain his big brother.

Jadeja also doesn’t mind pulling his teammates leg on social media. In of his Instagram posts, the all-rounder tried to troll his captain Virat Kohli over their difference of opinion about DRS calls.

In reply, Kohli replied hilariously and said that your doubts about going upstairs only comes when we go for a referral.

Recently, Ravindra Jadeja recalled India’s semi-final exit from the 2019 World Cup and termed it as “one of the saddest days”.

India lost to New Zealand in the semi-final of the marquee tournament.

“The End Could Have Been Better”: Anil Kumble On India Coaching Job

Here’s how you can now set autopay feature

Here's how you can now set autopay feature