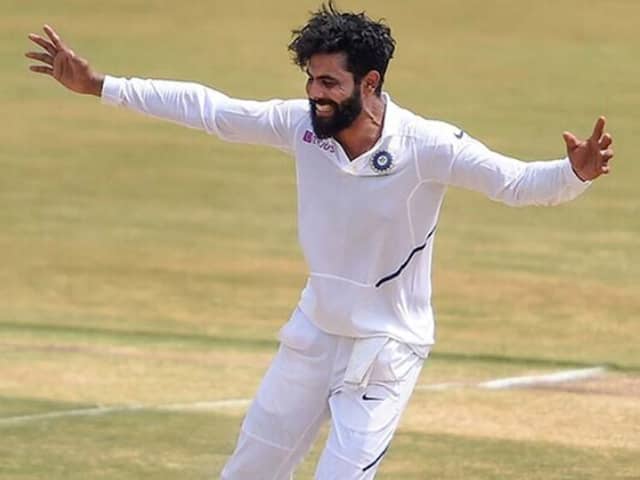 Ravindra Jadeja has featured in 49 Test matches for India and taken 213 wickets.© AFP


Indian all-rounder Ravindra Jadeja is spending time at home during the lockdown. Ravindra Jadeja, much like other cricketers from across the country has stayed indoors as the nation fights against the coronavirus pandemic. Jadeja’s recent post on Twitter sees him with his horse. Jadeja, in the caption, wrote, “Through the highs and lows, tough times and good times. You are the source of my joy”. Jadeja is an animal lover and keeps uploading such pictures on his social media accounts.

Through the highs and the lows, tough times and good times. You are the source of my joy.#livelife #rajputboy pic.twitter.com/rnowcKyyKm

Ravindra Jadeja is one of the finest all-rounders in world cricket at the moment. Jadeja has been an integral part of the Indian team and his contribution with both bat and ball has helped India in many crucial matches. Apart from being good with both bat and ball, Jadeja is an exceptional fielder is often considered as one of the finest in the business.

Jadeja made his international debut for India back in 2009 against Sri Lanka in a One-day International. Since then, Jadeja has played 165 matches for the country and scored 2,296 runs with an average of 31.89. The left-arm spinner has scalped 187 wickets with an economy rate of 4.9.

Deepti Sharma ”Extremely Grateful” To Be Nominated For Arjuna Award

GREER ANNOUNCE DEBUT EP “LULLABY FOR YOU” OUT JULY 17