It is not clear yet on what RBI Governor Shaktikanta Das will talk about, but his statement comes in the backdrop of inflation rates in India that have soared and remained over the central bank’s upper tolerance band of 6 per cent 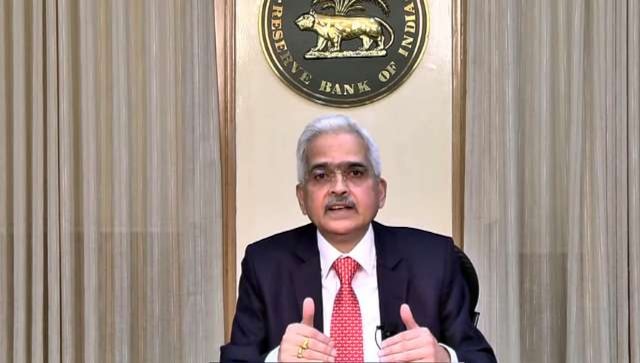 RBI Governor Shaktikanta Das to make statement at 2 pm on Wednesday, May 4 – ANI

Reserve Bank of India (RBI) Governor Shaktikanta Das will make a statement at on Wednesday, 4 May, 2022, at 2 pm, the central bank informed on its official Twitter handle.

It is not clear yet on what the RBI Governor will talk about, but his statement comes in the backdrop of inflation rates in India that have soared and remained over the central bank’s upper tolerance band of 6 per cent.

The country’s inflation rates are currently at a high mainly due to the global inflation and has posed a challenge in the economic recovery of India after three waves of the COVID-19 pandemic.

The address of the RBI Governor comes ahead of the US Federal Reserve outcome. There is a possibility that the US Fed will hike rate to address record inflation in the country.

Also, strengthening of the dollar index has weighed on domestic currency. There is a fear that a weak rupee can risk higher imported inflation

In March 2022, India’s retail inflation rose to a 17-month high, led by a massive spike in prices of food and manufactured goods. It remained over the Reserve Bank of India’s upper tolerance band of 6 per cent for the third month in a row.

As per the RBI’s monetary policy framework, the MPC has to maintain CPI inflation in the 2 per cent to 6 per cent range, with the median target of 4 per cent.

For the unversed, the RBI in its April policy review had revised the inflation outlook upwards to 5.7 per cent for FY23 and pared the economic growth to 7.2 per cent. The central bank had kept its key lending rate at a record low, keeping the repo rate unchanged at 4 per cent.

One small step for iPad, a giant leap for Apple