As per the company, the KIGER will compete with the Maruti Suzuki Vitara Brezza, Hyundai Venue, Kia Sonet, Tata Nexon, Ford Ecosport and Honda WR-V 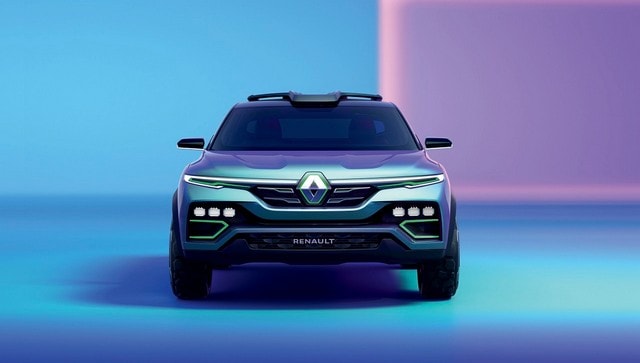 Designed by French and Indian designers, the Kiger is the first compact SUV from Renault. Although these pictures are of a showcar, Renault officials say that it looks very close to the final look of the production model. Image courtesy: Renault

New Delhi: French auto major Renault on Wednesday said it will launch its new compact SUV KIGER in the Indian market in the first quarter of next year as it looks to enhance presence in the automotive market.

The Renault KIGER will be built on the same platform as the company’s compact multi-purpose vehicle TRIBER and will be an international launch for Groupe Renault. It will feature an all-new global petrol turbo engine, the company said in a statement.

“After KWID and TRIBER, Renault KIGER is the third global car from Groupe Renault to be launched in India first, followed by other markets,” Renault India Operations Country CEO and managing director Venkatram Mamillapalle said.

He further said, “it will be launched in the B-segment, which accounts for more than 50 percent of the total industry sales, thereby enabling us to grow our presence across the country.”

“In a short span of time, Renault has already crossed the 6,50,000 sales milestone in India and we look forward to continue on this progressive journey with Renault KIGER,” Mamillapalle said.

OnePlus Nord gets over 4 million ‘Notify Me’ requests on Amazon