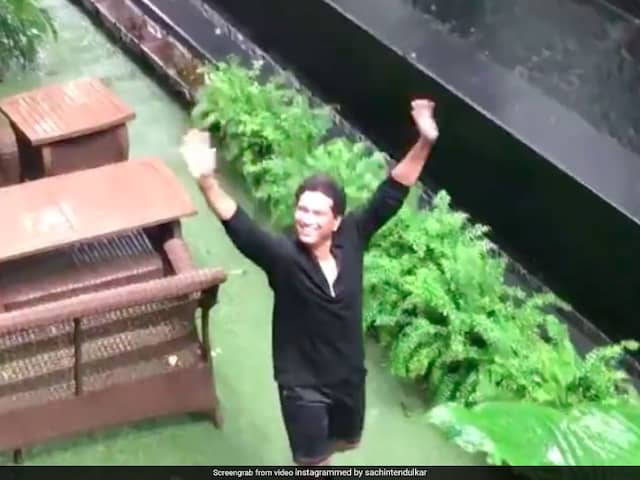 
Sachin Tendulkar is quite active on social media. Apart from sharing his views about cricket, he often gives fans glimpses of his personal life. On Wednesday, the former India batsman shared a video on Instagram where he can be seen enjoying the Mumbai rains with childlike innocence. The video had been shot by Sachin Tendulkar’s daughter, Sara, who could be heard saying, “The kid in him is still alive, enjoying the Mumbai rains.”

Earlier this week, Sachin Tendulkar once again demanded that cricket rules should give more weightage to TV replays over umpires in making LBW decisions.

Tendulkar, a long-standing critic of the decision review system (DRS), made the demand after multiple LBW calls in the West Indies’ victory over England in the first Test.

Tendulkar said that he wants the International Cricket Council (ICC) to rethink the system.

“One thing I don’t agree with, with the ICC, is the DRS they’ve been using for quite some time,” Tendulkar said in an online conversation with West Indies legend Brian Lara.

It was rumoured that Tendulkar had led the opposition to the DRS until his retirement in 2013 and that is why India were the last Test nation to embrace the technology, in 2016.