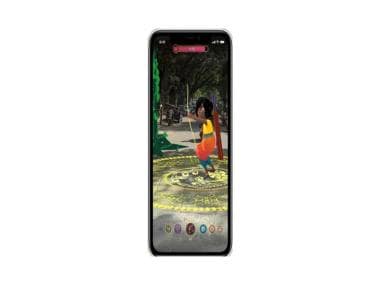 Jio Platforms, the biggest telecom operator in India and which has raised over $20 billion from Facebook, Google and other high-profile investors this year, is leading a financing round of a San Francisco-based startup that develops augmented reality (AR) mobile games. Jio has led the Series A fundraising of Krikey, founded by sisters Jhanvi and Ketaki Shriram, the company confirmed on 2 December 2020. They did not disclose the size of Krikey’s Series A round.

Krikey has previously not disclosed any financing rounds and Jio also did not share who else participated in Krikey’s new round.

As part of the announcement, Krikey has launched Yaatra, a new AR game that invites users to step in an action-adventure story to defeat a monster army. “Using weapons such as the bow and arrow, chakra, lightning and fire bolts, players can battle through different levels of combat and puzzle games,” said Krikey to techcrunch.

Krikey has developed two additional games, including Gorillas, a game the startup developed in partnership with Ellen DeGeneres’s wildlife foundation.

“We believe AR has a huge potential in not just gaming but in many other industries to disrupt the way people interact with the world around them. We are very excited to use the phone as the window back into the natural world and hope that people’s experiences in empathising with birds and gorillas and different ecosystems will encourage them to start to take real-world conservation behaviour changes,” said Jhanvi in an interview with Cheddar last year.

The Success of Great Music Stories’ SPIRIT OF WILDFIRE 2 Prompts the Station to Run Another ‘Festival-on-Radio’.