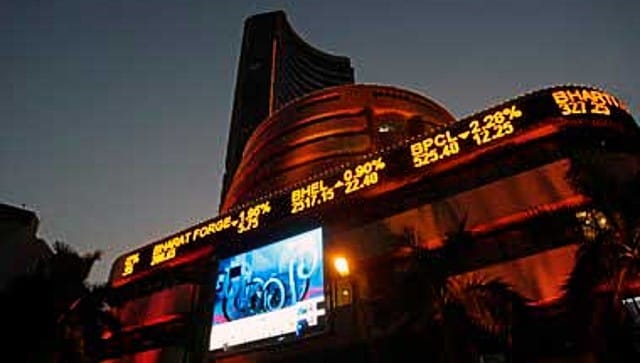 Profit-booking was seen in finance, IT and FMCG counters, while a depreciating rupee also weighed on investor sentiment, traders said.

On the other hand, SBI, PowerGrid, NTPC, Reliance Industries and Bajaj Auto were among the gainers, climbing up to 2.39 percent.

Global markets were on the backfoot amid rising US Treasury yields and concerns over frothy valuations.

“As indicated rotational trading was seen, where a number of mid cap and small cap stocks witnessed sharp uptick as improving earnings visibility is attracting investors to this space, especially in sectors which are considered to be beneficiary of higher capex,” said Binod Modi, head-strategy at Reliance Securities.

BSE healthcare, IT, finance, bankex, realty and FMCG indices slipped up to 0.91 percent, while power, telecom, energy and industrials rose as much as 1.26 percent.

Broader BSE midcap and smallcap indices outperformed the benchmark, rising up to 0.53 percent. Elsewhere in Asia, Hong Kong ended on a positive note while bourses in Tokyo and Seoul were in the red.

The rupee ended 5 paise lower at 72.74 against the US dollar.

Foreign institutional investors were net buyers in the capital market as they purchased shares worth Rs 1,144.09 crore on Tuesday, according to exchange data.