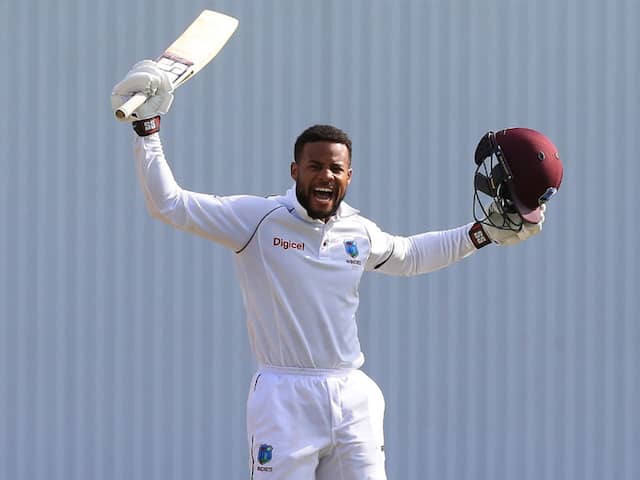 Shai Hope averages only 27.23 in the longest format of the game.© AFP


Ahead of the Test series against England, West Indies player Shai Hope said red-ball batting is his favourite part of the game but wants to improve as his stats are “not exactly where we want them to be”. “Red-ball batting is definitely my favourite part of the game but the runs and the stats aren’t exactly where we want them to be, but I’m working towards that. I can’t pinpoint anything [wrong] at this stage, because I wouldn’t say my preparation has changed,” ESPNcricinfo quoted Hope as saying. “I don’t think it”s anything major when it comes to my technical side of the game. There are certain things you can tweak, as you go along. I would probably say it”s more of a mental thing. Hopefully, I can turn it around and move on from there,” he added.

West Indies are gearing up to compete against England in a three-match Test series, beginning July 8.

Hope averages only 27.23 in the longest format of the game but expressed confidence in his ability saying that he can turn things around.

“Obviously you’re going to be hard on yourself, especially when you know you can get something done but it’s not really portraying on the stats. Just [need to] have the continued belief in myself, back my ability because I know I can get it done, it”s not like I haven’t done it before. Case of making sure I make the most of these opportunities and do whatever I can to make the team win,” he said.

Proper Einstein Releases New Music Video For “Like This”