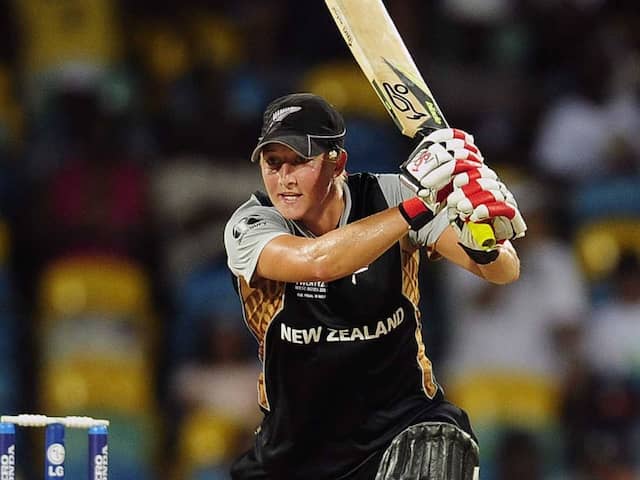 Sophie Devine has enjoyed a stellar run of form over the last 18 months for New Zealand.© AFP


Sophie Devine on Thursday was confirmed as New Zealand’s captain with Amy Satterthwaite being appointed the vice-captain following her return from maternity leave. Devine took up the White Ferns captaincy in an interim capacity last season. She was later offered the captaincy on a full-time basis. Satterthwaite will be returning to the New Zealand squad after maternity leave and will form a key part of the leadership group as the team work towards the ICC Women’s Cricket World Cup 2021 hosted in New Zealand early next year.

“It is a huge honour and privilege to be awarded the White Ferns captaincy. I thoroughly enjoyed my time as captain over the past season. It was challenging results-wise at times. I feel we are moving in the right direction as a team, both with our cricket and our team culture,” Devine said in an official statement.

“I am very much looking forward to working with Amy who has an exceptional cricketing brain and I feel we can form a strong leadership partnership in combination with a well-established leadership group,” she added.

Devine has enjoyed a stellar run of form over the last 18 months. En route, she also became the first player to score five consecutive fifty-plus scores in T20Is.

New Zealand is due to return to international action with a tour to Australia starting in late September and will play three ODIs and three T20Is.