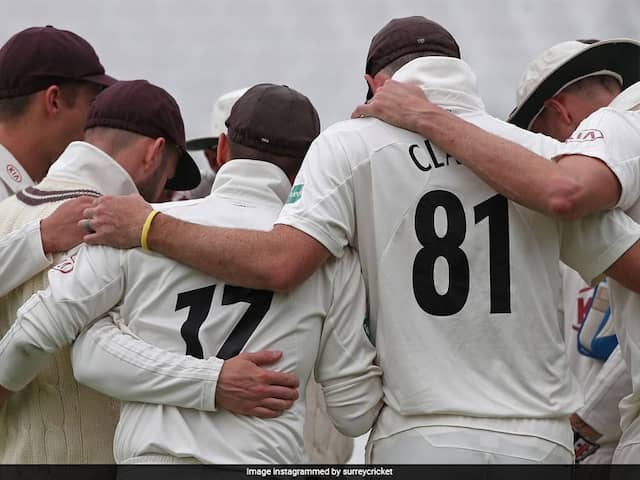 Surrey will play Middlesex on July 26-27 at the Kia Oval.© Instagram


Surrey are set to stage a two-day friendly against London rivals Middlesex behind closed doors at the Kia Oval next month in a boost to hopes that county cricket could yet get under way this season despite the coronavirus pandemic. Although England are set to face the West Indies in the first of a three-match Test series at Southampton starting on July 8, the domestic county season has been delayed until August at the earliest by the spread of COVID-19.

The England and Wales Cricket Board have suggested the Twenty20 Blast will be the priority in any truncated county campaign, but plans are still being drawn up for first-class, red-ball matches as well.

Now Surrey hope the July 26-27 match, which will mark new head coach Vikram Solanki’s first game in charge, is a precursor to “returning to competitive action the following weekend”.

Alec Stewart, Surrey director of cricket, said: “I’m really excited to hopefully see cricket return to the Kia Oval at the end of July and then for the rest of the season.”

Surrey’s announcement also seemed to suggest Middlesex may be ready to take their players off furlough.

Surrey and Lancashire are the only two of England’s 18 first-class counties who have not utilised the British government’s job-retention scheme for their playing staff during the pandemic.