Swiggy, Zomato to collect 5% GST from customers starting 1 Jan, 2021; here’s how much you will have to pay

Nirmala Sitharaman made the announcement after the GST Council meeting, which has made the decision for ease in tax administration. 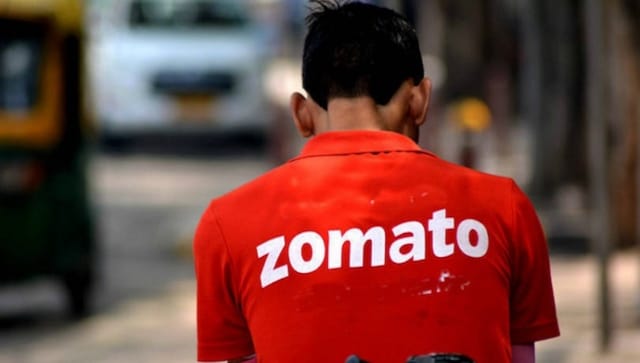 Food delivery apps like Swiggy and Zomato will collect five percent Goods and Services Tax (GST) from consumers instead of the restaurant they pick up orders from, starting 1 January 2022. However, customers will not have to pay extra for getting their food delivered.

Finance Minister Nirmala Sitharaman made the announcement on Friday, 17 September, after the meeting of the GST Council in Lucknow. The Council has made the decision for ease in tax administration.

Sitharaman said that the customer would be “the point on which tax will be collected by the gig groups Swiggy and others.” These apps are registered as Tax Collected at Source or TCS in GST records presently.

Revenue secretary Tarun Bajaj was quick to clarify that the customer would not be impacted adversely by the change. He said that there was no new tax being levied, but a simple transfer of the GST collection point.

Bajaj explained that instead of GST being levied on restaurants, who then submit it to the government, the tax would be collected from the consumers and paid to the authorities. According to Bajaj, the decision was made to prevent “revenue leakage” by unregistered restaurants. Food delivery aggregators like Zomato and Swiggy do not do a mandatory registration check on food delivery suppliers on their app.

The analysis of returns filed by the delivery apps and some Haryana restaurant services indicated a gap in taxable turnover for suppliers, implying tax evasion on the part of some restaurants. The analysis showed cases, where the TCS deducted by a delivery app, was more than turnover declared by such suppliers.

According to estimates, the alleged underreporting by food delivery aggregators has caused the Exchequer a loss of Rs 2,000 crores in the last two years.

The GST Council also made other significant announcements. Sitharaman was firm that petrol and diesel would not be brought under the ambit of GST presently.

In other announcements, the GST was waived on import of certain highly expensive medicines for muscular atrophy. The concessional GST rates on drugs used in treating COVID-19

treatment was extended till 31 December.

Bernie Ecclestone On The Hunt For Buyer For “Historic” Williams Team