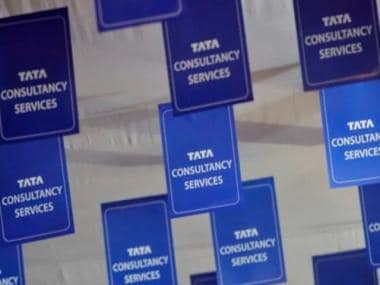 In 2018, the Mumbai-based company had undertaken a share buyback programme worth up to Rs 16,000 crore

“…the board of directors will consider a proposal for buyback of equity shares of the company, at its meeting to be held on 7 October, 2020,” Tata Consultancy Services (TCS) said in a regulatory filing on Sunday night.

No other details of the buyback plan were disclosed.

The board is also slated to consider its financial results for the September quarter and declaration of a second interim dividend to the equity shareholders at that meeting.

In 2018, the Mumbai-based company had undertaken a share buyback programme worth up to Rs 16,000 crore. The buyback, at Rs 2,100 per equity share, had entailed up to 7.61 crore shares. In 2017 too, TCS had undertaken a similar share purchase programme.

TCS had announced the mega buyback offer as part of its long-term capital allocation policy of returning excess cash to shareholders.

In a separate filing, TCS said in the EPIC Systems Corporation matter, it would be providing Rs 1,218 crore as exceptional item, in the financial results for the three and six months ended September 30, 2020.

In October 2014, EPIC had filed a legal claim against TCS in the court of Western District Madison, Wisconsin alleging infringement of Epic”s proprietary information.

The Court upheld the compensatory damages award of USD 140 million, it added.

“TCS is legally advised that it has the correct and the strongest possible arguments in its favour and the Order and reduced damages are not supported by facts presented during the Trial. In September 2020, TCS has filed petition seeking re-hearing on both compensatory and punitive damages,” TCS said.

The company said EPIC has also filed a petition seeking re-hearing on the decision of the Appeals Court invalidating award of punitive damages exceeding the amount of compensatory damages.

“The provision in the books for legal claim is being made as a matter of prudence,” it added.

The matter relates to a US grand jury order that slapped two Tata group companies — TCS and Tata America International Corp — with a USD 940 million fine in a trade secret lawsuit filed against them by EPIC in April 2016.

On 16 April, 2016, TCS made a disclosure to the stock exchanges regarding a US court verdict related to an intellectual property rights case with EPIC Systems.

On 1 October, 2017, TCS said the court significantly reduced the compensatory and punitive damages of USD 940 million to USD 420 million.

In May this year, Securities and Exchange Board of India (SEBI) had warned TCS to be careful in dealing with disclosure of material information to investors after the watchdog found that the IT major did not prominently display the extent of damages related to a case in the US.

The regulator has also asked the company to ensure that disclosures provide adequate, accurate, explicit and timely information to the investors.

ODI Super League: Teams To Be Given Two Reviews Per Innings