Another week down, music lovers. And while things may seem topsy-turvy at the moment, what hasn’t changed is the hope, beauty and downright funk available to us via our Spotify playlists. As the industry slowly begins to return to business as normal, the new releases have seen an uptick, leaving plenty to peruse and make part of your permanent rotation.

As always, we’ve listened to (nearly) all of it and returned in hand with the best of this week’s best. 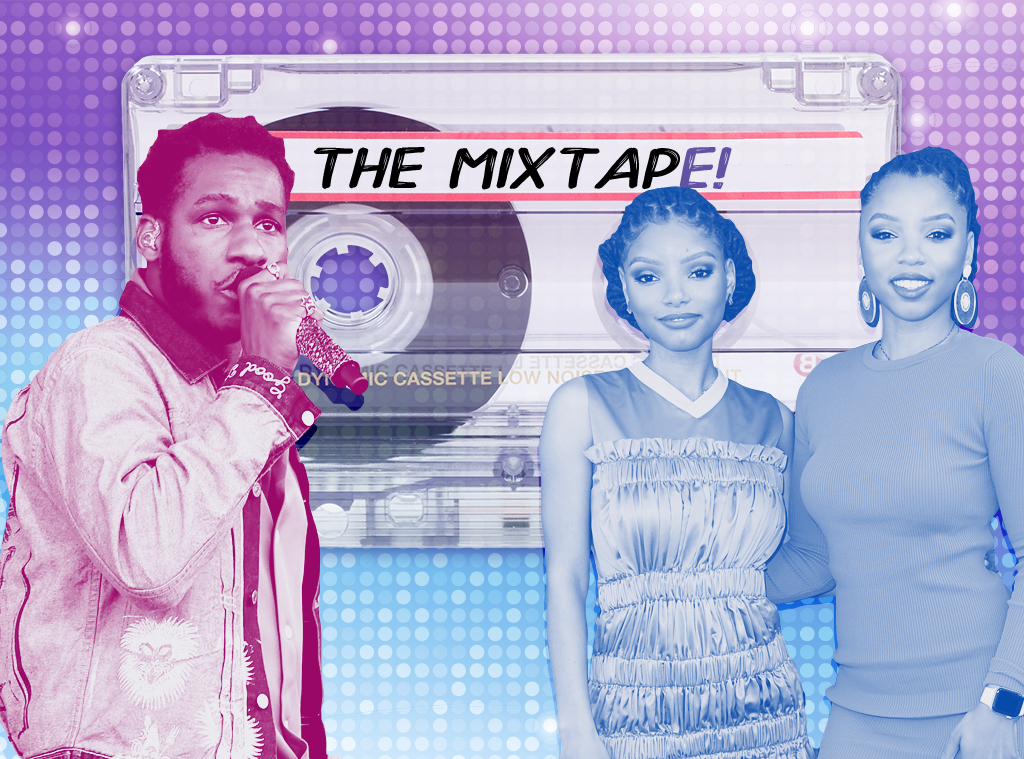 The Bailey sisters did that. Over the course of 13 tracks on their just-released sophomore album Ungodly Hour, the Grown-ish stars and Beyoncé protegees have definitively made the case that they’re not just the future of R&B, but of music. Full stop. Start with this stunning track if you’re looking for an entry point, but make the time for a full listening party. They deserve it.

The neo-soul singer delivers a whopper as he ruminates on his race and his place in America. “Hoping for a life more sweeter,” he admits in the chorus over a sparse production that allows his vocal to stand powerfully front-and-center. “Instead I’m just a story repeating/Why do I feel skin dark as night/Can’t feel peace with those judging eyes.”

Teyana and her hubby Iman Shupert team up for this romantic romp that’s only making anticipation over the impending release of her forthcoming LP THE ALBUM grow. And who doesn’t love a surprise pregnancy reveal?

The British R&B singer delivers six minutes of pure, unadulterated jazz on this cover of the St Germain track that serves as the lead single from the forthcoming compilation cover album Blue Note Re:imagined.

Aluna Francis of electronic duo AlunaGeorge continues her solo endeavor with this sultry single that sees her teaming up with the deep house producer. “I have seen black women speaking out, putting their lives at risk and enjoying their blackness in a world that does not celebrate it,” sh said of the shimmering track in a statement. “This song is for you my queens because even when you are being soft and gentle, tender and sweet you have had to fight for that right. ‘Warrior’ is a portrait of a woman in the shadows. She has to see herself, instead of waiting for others, by calling on that Warrior spirit, the one that makes us fearless enough to be ourselves.”

The Auto-Tune king and Masked Singer season one winner returns with an anthem for the times, reminding those who’ve been knocked down that “the only thing that matters is what you’re gonna do when you get up.”

The non-binary musician returns with this excellent alt-pop anthem inspired by a recent break-up. Their countertenor vocal is right at home in the track’s indie rock-inspired sound, a thrilling sign of things to come on their forthcoming LP, due this fall.

The rising star gives a timely and stirring update to Pink‘s iconic 2006 track. The pain in her voice will stick with you long after you’ve stopped listening.

For the second official remix of their track that’s taken TikTok by storm, the British duo looked overseas and tapped DaBaby for a guest verse that’s as filthy as it is fantastic.

The non-binary Sudanese-American artist continues carving out their own thrillingly unique path with the release of their second EP, Rosetta. Rather than try and describe something that’s truly indescribable, we encourage you to just take the ride. You’ll understand once you do.

Naeem — “Stone Harbor”: The artist formally known as Spank Rock returns with Startisha, his first album in nine years and first recorded using his real name. This garage-inspired track is an early standout, a love song written for his boyfriend.

Jon Batiste — “WE ARE”: The Late Show bandleader delivers a rousing anthem that’ll take you to church.

Ruth B. — “If I Have A Son”: On this haunting track, the Black Canadian singer addresses her very real fears about welcoming a son into the world.

Andrea Valle — “Wild”: The Philadelphia-based R&B/neo-soul singer delivers a true contender for Song of the Summer. This one will have you yearning for warm night spent on sweaty dance floors.

Why Fans Are Upset at John Krasinski’sSome Good News Deal