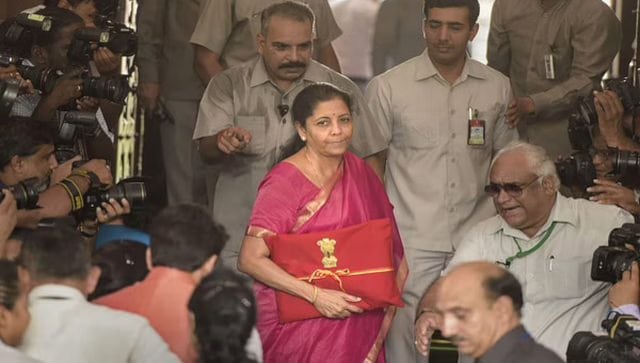 File image of Finance Minister Nirmala Sitharaman ahead of the 2020 Budget presentation. PTI

When it comes to the budget and government policies for the next financial year, there are two areas that I would like to touch upon. One is about financial inclusion from the perspective of MSMEs and the agriculture industry, and the other about building an infrastructure to facilitate this inclusion.

Today, roughly 80 million Indians have a place in the formal economy. Whether you talk about payments, e-commerce, media, or any other industry for that matter, companies are all vying for a share of this same pie. It’s a large enough market for most companies.

However, there is now a need to include the next 500 million into the formal sector.

Let us look at some of the work that has been done when it comes to MSMEs. The entire GST infrastructure and the way we are identifying businesses with documents like Udyam Aadhaar, provides a framework to create trust between entities. Trust, in turn, is the fuel for growth in credit. However GST registration is compulsory only when revenues cross 40 lakhs a year. Today there are close to 15 million MSMEs who are registered on GST.

However, an estimated 70-80 million MSMEs are actually below this 40 lakh threshold. There is a lack of penetration because it is not required by law to formalise such MSMEs and because there is a lot of pushback to begin with.

Think of a Ramu paan-wala selling paan around the corner, a small shop selling vegetables, somebody in a remote village selling shampoos from Unilever or P&G. Their revenues do not come to the point where they require GST, so they don’t enter the formal economy per se. In fact these MSMEs have very few documents that demonstrate that they exist as businesses, that they are located at a certain address or have a certain level of cash flow. This creates problems from the perspective of getting credit.

The second area of focus should be agriculture. We think about the sector, and see so much happening there. There are about 150 million odd land owning farmers and an estimated 450 million people who directly or indirectly depend on it for their employment. The government has already done great work here through schemes such as Kisan Credit Cards as well as by creating bodies such as FPOs. Some estimates indicate that around 50% have already availed of loans, majority of which has come from banks.

Now there are two sides to this story – some farmers are heavily in debt and aren’t able to repay it due to crop failures and others that aren’t able to avail loans at all from banks or governments and are forced to go to loan sharks. Right now the rural economy is just not farmer centric – they get a raw deal when it comes to consumption of raw material (which they do at retail prices), sale of produce (which they do at wholesale rates in a very non transparent manner) or access to credit (which is uneven, arbitrary and inadequate). Some of these issues can be solved by laying out digital infrastructure on top of which systems of credit can be built. Apart from supporting the segment by increasing budget outlay for schemes, it can make a huge difference by digitising the yield of farms, by bringing transparency to the entire supply chain, and by making it easier for farmers to consume raw materials that they need.

We need to push the envelope when it comes to financial inclusion, whether we talk about MSMEs or agriculture, and leverage infrastructure as a tool to do so. While inclusion will bring more people into the fold, infrastructure will create an environment of trust and this in turn will drive availability of credit and growth of our economy.

The author is the Chief Business Officer, IDfy. Views expressed are personal

What are start-up companies and MSME sector expecting this year

GST rates for insurance should be brought down; increase needed in investment limits

GST rates for insurance should be brought down; increase needed in investment limits

Fitbit may soon roll out new feature that can detect snores