Tinashe is having a moment.

After her North American tour was postponed due to the coronavirus outbreak, the songstress decided to take advantage of her time in quarantine and make new music—something that she finally feels “free” to do on her own terms, she told E!’s Scott Tweedie.

“…I feel creatively free. I feel like I’m in tune with what I need to be doing,” Tinashe explained during HappE! Hour. “It doesn’t feel like I’m forcing myself through my own career. It kind of just feels like I’m allowing it to happen, and feeling really natural about the creative process. It’s so underrated to have freedom in your creative process. It can really affect your mental state or your well-being as a creative.”

The “All Hands on Deck” singer left RCA Records in 2019 and later released her fourth album, Songs for You, on her own.

“This project especially was really important to me because it was my first project that I was releasing independently. I’ve been signed to my last label since 2012. So, basically for the entire time that I’ve been creating music as a solo artist,” Tinashe told Scott. “So, it was a little—I wouldn’t say scary—but it was definitely kind of uncharted territory to release a project without the support of that major label.”

Luckily, the independent release worked in Tinashe’s favor. She said she’s “thrilled with how it’s all panned out,” and described the response from fans, peers and the media as “really amazing.”

Jay-Z was one of these peers who responded positively to Songs For You, and before Tinashe knew it, she was signed to his entertainment company, Roc Nation.

“They’re just always focused on, like, the next thing and hustling and planning for the future,” she relayed. “And that is, I feel, so aligned with what I like to do and who I am as an artist.” 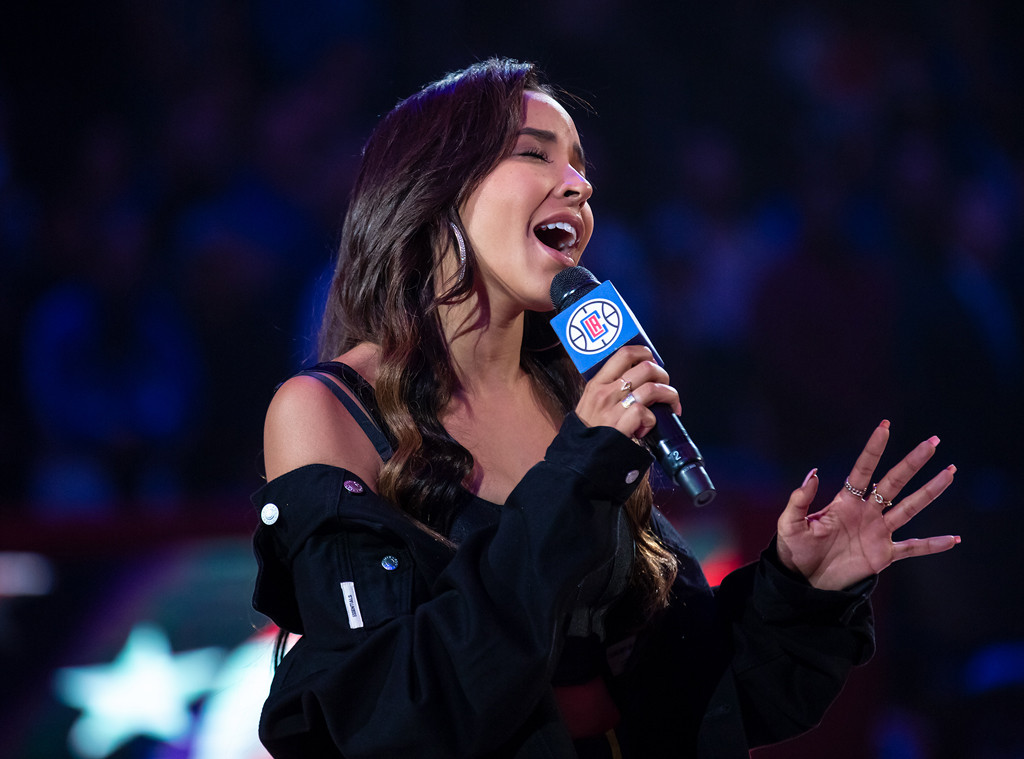 “Just to be a part of the energy that they have there at that company is incredible,” Tinashe added, noting another highlight of joining Roc Nation: receiving more Songs For You praise, but this time, from Rihanna.

Tinashe also gushed about a different “pinch me” moment of her career—collaborating with Britney Spears on “Slumber Party” in 2016—which, even now, “doesn’t feel 100 percent real.”

“I love Britney Spears, so I will never get over that moment. I can talk about it every time I do an interview because it was just…it’s a career highlight for me,” she explained. “Collaborating with your childhood idol? It doesn’t really get much better than that.”

Since then, Tinashe’s continued to collaborate with a number of artists. Most recently, she teamed up with ZHU on a track titled “ONLY.”

“…this is my first release of this year so that’s super, super fun,” Tinashe said.” To be able to collaborate with ZHU is amazing. I’ve been a fan of him for a long time and I just love his style and I love his vibe.”

The duo actually started working on the song almost a year-and-a-half ago, only recently coming together to finish it. Of course, they had to do so remotely.

“Working is definitely harder in isolation but it’s not impossible because I have a studio at my house, so that makes things so much simpler,” Tinashe emphasized. “I can just go downstairs and kind of just cut things in my own space and then send them to people and they can do their vibe and kind of send it back and forth.”

Music isn’t the only creative outlet the songstress is exploring. Tinashe told Scott she’s also been painting and, in general, “working on just as much content” she can create on her own.