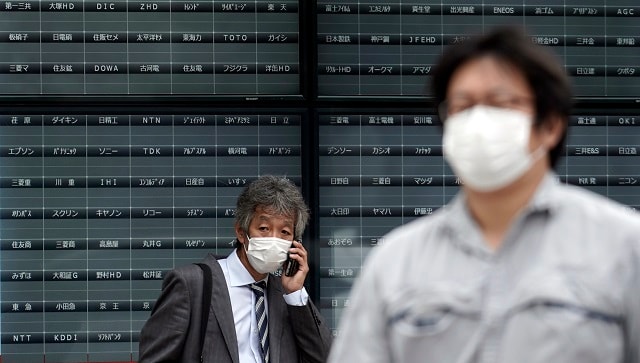 A man stands in front of a blank electronic stock board supposedly showing Japan’s Nikkei 225 index at a securities firm in Tokyo. AP

Tokyo: Tokyo stock markets successfully reopened on Friday after a hardware failure caused an unprecedented day-long halt to trade on one of the world’s biggest exchanges.

In a statement, the Tokyo Stock Exchange confirmed trade “will be conducted as usual”.

“We would like to express our sincerest apologies for the inconvenience caused by the system failure of Tokyo Stock Exchange, and we would like to ask for your continued support and cooperation in the operation of the market,” it added.

Late Thursday, TSE officials said the shutdown had been caused by a hardware malfunction that they said was fixed.

The problem was discovered before Thursday’s opening bell and meant the entire trading day was lost on Tokyo’s two leading indexes, as well as smaller exchanges in Nagoya, Fukuoka and Sapporo.

Officials said there was no indication of a cyber attack, and the problem had been traced to a memory breakdown that failed to properly trigger a switch to a backup system.

Fixing it would have required a system restart that “would have created confusion among investors and market participants”, said TSE president Koichiro Miyahara at a Thursday press conference.

“After discussing with market participants, we decided to stop the market for the whole day.”

“We caused great inconvenience to many market participants and investors… We sincerely apologise,” he added.

Officials said the faulty hardware had been replaced and personnel would be deployed to monitor the system to avoid a repeat.

The impact of the system glitch on Friday’s trade was limited, with “shares seen rebounding, supported by rallies on Wall Street”, Yoshihiro Ito, chief strategist at Okasan Online Securities, said in a commentary.

Rakuten was up 8.03 percent at 1,223 yen in the second trading session after it announced a 5G wireless service priced much cheaper than those of its domestic rivals.

Airlines were among the winners, with Japan Airlines gaining 1.83 percent to 2,002 yen and ANA Holdings rallying 1.35 percent to 2,463 yen as Tokyo was incorporated into the government’s domestic tourism campaign, intended to revitalise travel and hospitality industries hit hard by the coronavirus.

‘Black Lives Matter’ To Be Painted On NBA Courts: Reports