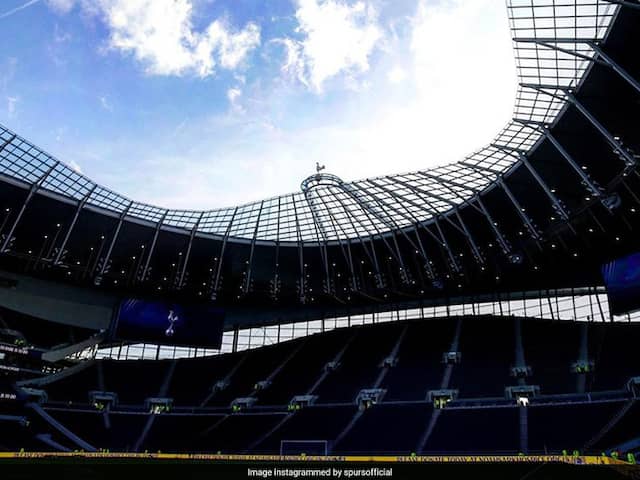 Tottenham scrapped plans to use government money to pay their non-playing staff.© Instagram


Tottenham have received a 175 million pound ($220 million) loan from the Bank of England to help them through the coronavirus crisis as the club predicted losses of 200 million pounds over the next year. Spurs’ finances will be damaged by the loss of matchday and hospitality income, cancellation of non-football events such as NFL matches and concerts and rebates owed to television broadcasters. “Due to the significance of income from matchday, conferencing and third-party live events such as concerts and other sports, our estimated revenue loss, including broadcast rebates, may exceed 200 million pounds for the period to June, 2021,” Tottenham said in a statement.

The Covid Corporate Financing Facility (CCFF), provided by the Bank of England is available to companies with a strong investment grade rating and who “make a material contribution” to the British economy.

The Premier League is due to return on June 17, but all remaining 92 games this season will be played behind closed doors.

English top-flight clubs are reportedly facing a rebate bill of 330 million pounds to broadcasters as matches could not be completed on schedule and will now be played behind closed doors.

Manchester United predicted last month they would have to repay 20 million pounds worth of broadcasting revenue from Premier League rights.

“It is imperative that we now all work together — scientists, technologists, the government and the live events sector — to find a safe way to bring spectators back to sport and entertainment venues,” said Tottenham chairman Daniel Levy.

“Collectively we have the ability to support the development of new technologies to make this possible and to once again experience the passion of fans at live events.”

Tottenham performed a U-turn in April by scrapping plans to use government money to pay their non-playing staff.

The original decision to use the furlough scheme had led to widespread criticism, including from senior political figures and the Tottenham Hotspur Supporters’ Trust.

Coronavirus: Rafael Nadal Says No Tennis "Until It's Completely Safe"