Under his watch, the Tata Group re-insured its role in the aviation sector by acquiring erstwhile national carrier Air India 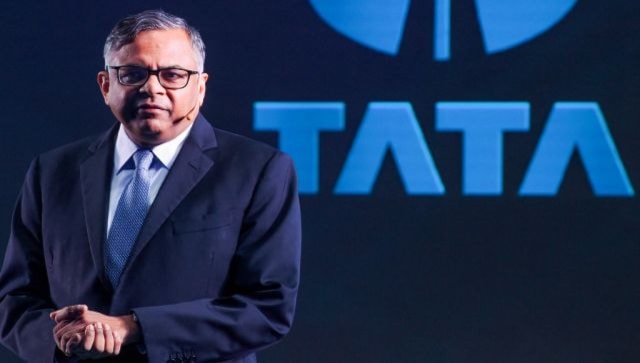 Natarajan Chandrasekaran’s term as chairman of the Tata Sons was going to end this month. AFP

Tata Sons chairman N Chandrasekaran was awarded an extension of his tenure from the board, confirming multiple reports suggesting the same. The board members of Tata Sons met on Friday, February, to approve his extension and deliberate on new members to the team as well.

Chandrasekaran’s term as chairman of the Tata Sons was going to end this month, before which he was reappointed for five more years.

One of Tatas’ most reliable employees, Chandrasekharan took over the control of the business conglomerate in 2017 at a time when the Tata Group was facing a leadership crisis when his predecessor Cyrus Mistry was ousted by the board. Till then, he headed the Tata Group’s IT firm TCS.

Known popularly as ‘Marathon Man’, Chandrasekaran joined as an intern at the Tata Consultancy Group in 1987, and journeyed from there for 30 years to secure the topmost position at the business conglomerate.

Under his watch, the Tata Group reinsured its role in the aviation sector by acquiring erstwhile national carrier Air India. However, this is one of the many achievements Chandrasekaran has shaped for his stint at the Tata Group.

The intern at TCS paved his way through the company and took over the more important roles at Tata Group one at a time. Thirty years later when the government announced the Padma Bhushan awards, N Chandrasekaran added another feather to his crown, to make him at par with his mentors S Ramadorai and the late F C Kolhi. He joined the Board of Tata Sons in October 2016 and was appointed Chairman in January 2017.

Chandrasekaran was born in Tamil Nadu in 1963 and studied in a government school in the state before pursuing his bachelor’s degree in Applied Sciences from the Coimbatore Institute of Technology. Thereafter, he completed his Master of Computer Applications {MCA} from the Regional Engineering College in Tiruchirappalli before joining TCS in 1987. Over the next two decades, he climbed the stairs at the company, which has consolidated its position as the largest private sector employer in India and the country’s most valuable company.

“His (Chandrasekaran’s) appointment as Chairman followed a 30-year business career at TCS, which he joined from university. Chandra rose through the ranks at TCS to become CEO and Managing Director of the leading global IT solution and consulting firm,” TCS says on its website. The long career with the Tata Group earned him the name of ‘Chandra’ at the Bombay House, the headquarters of Tata Group in Mumbai.

Under his leadership, TCS generated total revenues of US $16.5 billion in 2015-16 and consolidated its position as the largest private sector employer in India and the country’s most valuable company, it said. “Chandra embedded a culture of customer-focus and innovation at TCS,” the company said on its website.

Chandrasekaran was also appointed by the Reserve Bank of India on its Board in 2016. He also served as the chairman of NASSCOM in 2013-13, apart from being an active member at India’s bilateral business forums including USA, UK, Australia and Japan.

Samsung launches Galaxy F12 with 6000mAh battery at an introductory price of ₹9,999

Nairo Quintana Hit By Car On Training Ride In Colombia