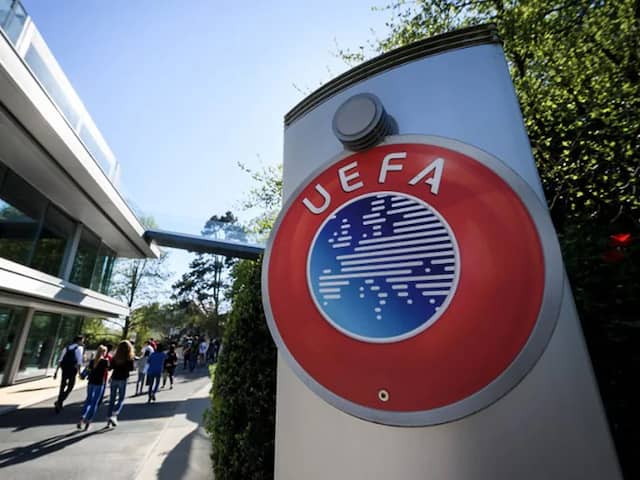 UEFA official Herbert Huebel believes the date for the Greek Cup final is too late.© AFP


UEFA official Herbert Huebel on Monday expressed his dissatisfaction at the Greek football federation’s decision to hold its national Cup final on August 30. The Champions League final is scheduled for August 23 in Lisbon, and Huebel believes the date for the Greek Cup final is too late to decide which clubs qualify for next season’s European competitions from the country. “FIFA and UEFA strongly support and recommend the completion of all national competitions, including the Greek Cup, before the end of the current season and before August 3, the date announced by UEFA for the submission of final scores and the clubs that will represent Greece in the European inter-club competitions,” Huebel said in a statement.

The final between Olympiakos and AEK Athens was originally scheduled for July 26 but the former refused to play at a smaller stadium in Rizoupoli instead of the Athens Olympic Stadium.

However, Olympiakos wanted the match to be played this Sunday and were also angry at the new date.

“The new decision not only ridicules Greek football but mainly alters the integrity of the top event as the transfer window starts on August 3 and so on August 30 the rosters of the teams will not be the same as those played during the season,” Olympiakos said in a statement.

Olympiakos called on UEFA, FIFA and the Greek government “to not allow this shame”.

“We call on them to intervene now to change the decision of the ‘uneducated advisers’ who instead of promoting the good of Greek football, serve selfish interests. Apathy in the face of corruption creates complicity,” Olympiakos said.

Huebel was appointed three years ago by FIFA as chairman of a monitoring committee to ensure oversight of the operations and processes of the Greek federation.

Demi Lovato’s Dating History: The Big and Small Romances on Her Way to Getting Engaged to Max Ehrich

Demi Lovato's Dating History: The Big and Small Romances on Her Way to Getting Engaged to Max Ehrich